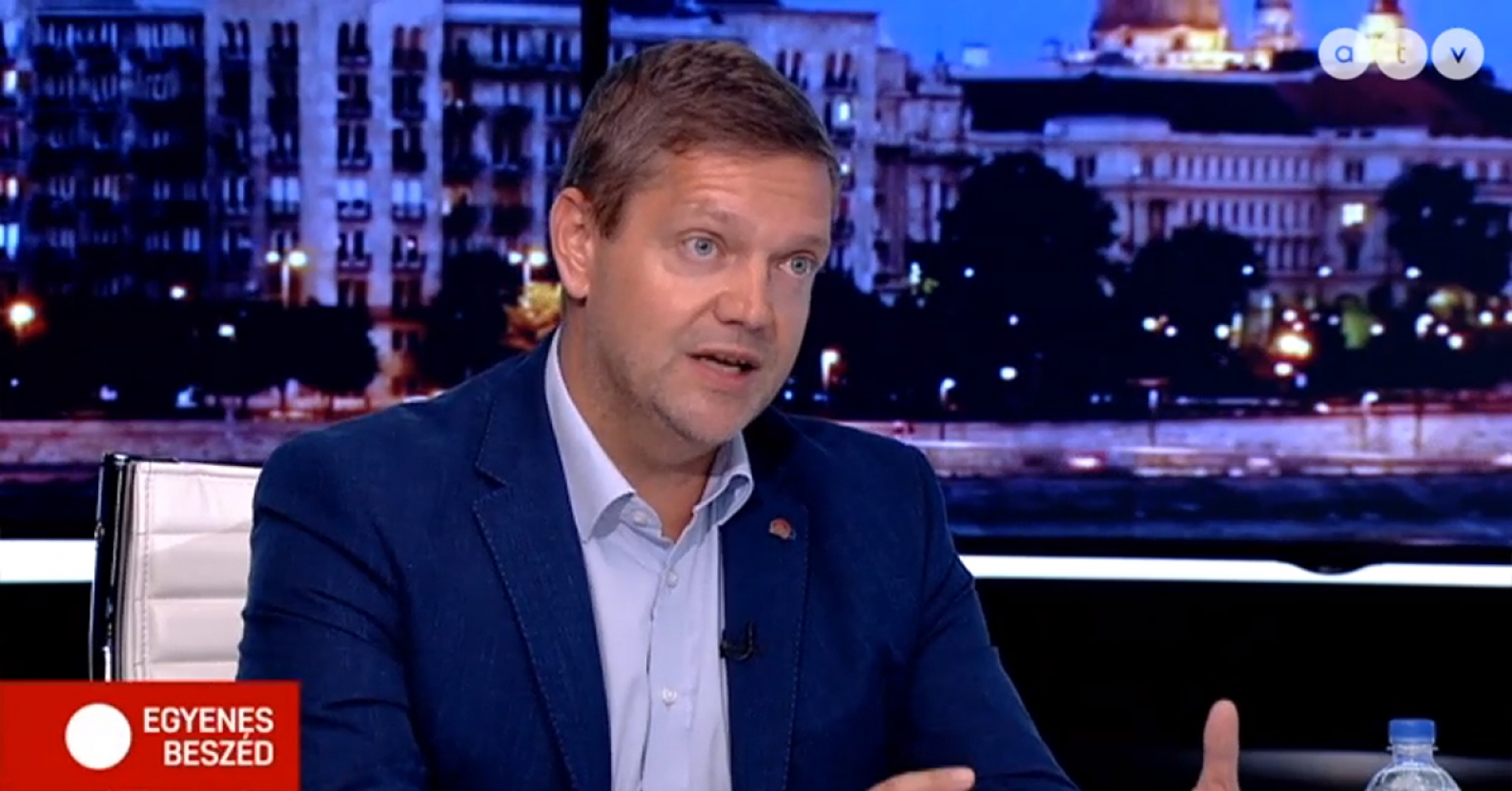 He also explained why: “Look, I'm not going to beat around the bush: he is the most popular opposition politician, the mayor of Budapest, the best known, the most popular, the most obvious. That said, if he does not want to run, MSZP will have a different candidate in store, too. (…) Personally, I am for Gergely Karácsony, but, naturally, it is his call,” he said.

He pointed out that the position of MSZP was "completely clear": they want a pre-election for the joint opposition prime ministerial candidate, too. He said, MSZP would have its own candidates in all 106 individual constituencies if it turns out to be pre-election everywhere.

“We have very good candidates in the country and I hope that there will be as many left-wing candidates as possible in the competition,” he said, confirming that they would nominate candidates jointly with their ally, Dialogue.

“Opposition voters can decide who the most suitable candidate is,” he added.

He said MSZP had “played a very, very serious role” in the recent successes of the opposition co-operation and “and this is appreciated by the partners.”

He called it a huge achievement that a few days ago, already 2 years before the election, the opposition party presidents agreed on running together in the individual constituencies in 2022.

He recalled that even in the last minutes preceding the 2018 parliamentary elections, they held negotiations.

On questions pondering the popularity of MSZP, he said: it is important how popular a politician is and how much support a party has, “but it is also important how we fight against this system.” In this regard, MSZP "has performed outstandingly in the recent period and has invested tremendous energy into getting us here at all".

He stated that the MSZP-Dialogue Alliance has stable support, but "obviously all party presidents are really only content when the victory is won."

However, it must be borne in mind that support for the joint opposition must also be increased. He recalled that the 3 consecutive two-thirds victories of Fidesz were also due to the fact that some parties wanted to fight the battle alone. Jobbik, for example, in 2018 “announced that they were the only ones getting stronger, they alone, they were the strongest opposition party, and the end result was that indeed, they reached 20%. Jobbik became the strongest opposition party, but Fidesz again got two-thirds.”

"My fellow opposition party presidents do not consider MSZP a free rider," responded Tóth to the words of his rival and challenger, former Socialist party leader Attila Mesterházy. Tóth said, in recent years "MSZP had been the most reliable part of the opposition cooperation, in fact, its engine.”

The campaign against the Slave Law in Parliament, the subsequent series of demonstrations, the pre-elections in Budapest together with Dialogue, which could pave the way to a change of government, the fact that the candidate of MSZP-Dialogue became the mayor of Budapest and that most of the municipal representatives, some 400 are of MSZP as well as many mayors, all point towards the fact that "MSZP has always been and will be a partner to take seriously."

Regarding László Bíró's joint opposition candidacy in Borsod County, who had been attacked for his racist statements and has apologized for them since, Bertalan Tóth said the apology had been accepted by the opposition parties, and Jobbik had made some spectacular changes compared to its policy a few years ago.”

“If they hadn’t changed, we probably wouldn’t be able to negotiate with them,” he noted, adding that it is of course in the interest of the government media to “discredit and dismantle this cooperation as much as possible.”

"For us, what matters most is that the opposition unity prevail and that such statements are never made again, either now or in the future."

He claimed they no longer experienced the more extreme views that Jobbik had in the past, “and I trust we shall no longer experience it in the future either. (…) If we see such things again, we will surely voice our concerns, but we have agreed on that,” said Bertalan Tóth.