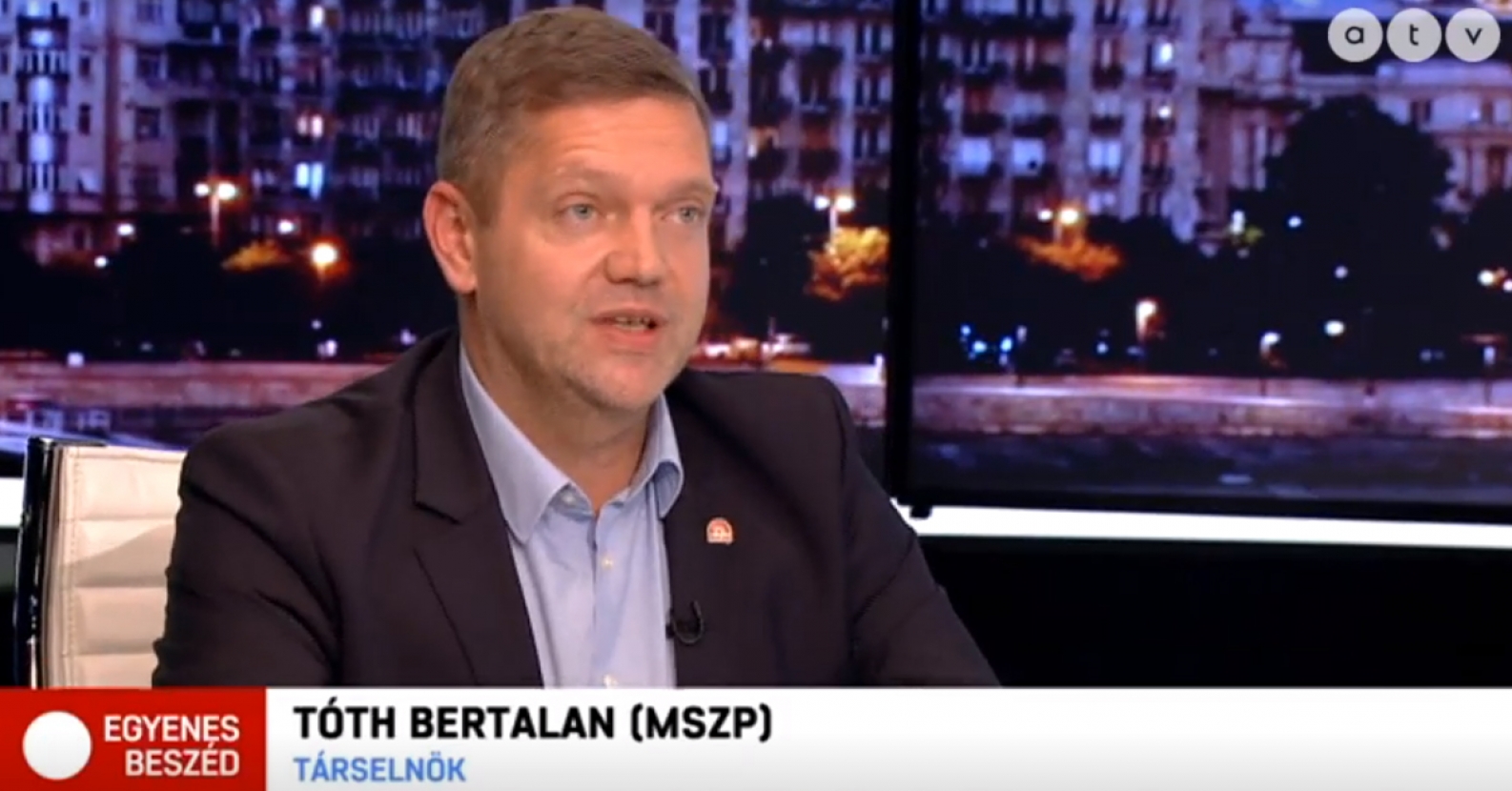 MSZP sees it as a failure to provide assitance that it is not the people in general that the government helps, but its own people that they give billions to in the background. This is not what they got their mandate for, said MSZP co-president Bertalan Tóth on ATV's Straightforward Talk program on Monday.

“It is becoming increasingly clear that rescuing the oligarchs is what matters to the government, as opposed to helping people,” the socialist politician said.

If Orbán says that those who do not work should not be given help or assistance, the question must be asked, “what kind of work did Lőrinc Mészáros do for the HUF 18 billion state subsidy apart from laying off hundreds of people? What work did the Tennis Association do for the billions of forints it received? What work did Zsolt Semjén do to have his famous hunting exhibition get further billions?”

Many, many cases could be listed “in which money was involved, Fidesz’s background people, the oligarchs received state aid and help without work”, while the amount of the jobseekers’ allowance did not increase, its time was not extended, nor did the wage supplement reach the level of subsidies in the surrounding countries, Tóth said.

The government was very tight-fisted, which people personally experience: “as of late” employees are losing their overtime or shift allowances in the new flexible working schedule voted for by the Fidesz majority; caterers in large numbers are sharing how their businesses are on the brink of bankruptcy, how they live up their savings to sustain their businesses, and how they don’t get the tight-fisted state subsidy they were promised. Meanwhile, more than half a million retirees receive less than 100,000 forints in pensions and almost 300,000 are exposed to slipping below the poverty line, he said.

Tóth stressed that in the epidemic emergency, trust and responsibility are two very important concepts. “On the issue of trust, the prime minister failed,” he noted, “because what Orbán asked for authority to do, he did little of, but at the same time “he enshrined theft in the constitution,” made the operation of the University of Theatre and Film Arts impossible, and the autonomy of universities is currently being taken away.

"This is not what they got their mandate for," the co-president declared.

On the issue of accountability, the Prime Minister keeps referring to the responsibilities of the Operative Board, Brussels and the opposition, but “fails to mention his own responsibilities.” And when Orbán praises the government's epidemic management, " (…) Churchill's famous quote comes to mind of what statistics he uses and how," said Bertalan Tóth.

Regarding the transformation of universities into foundations, he said that theft was enshrined in the constitution here, as the money of public interest foundations can only be taken back by a two-thirds parliamentary majority. In addition, they will set up a board of trustees where they will “implant 5-7-9 people who will sit there for the rest of their lives,” or when their term expires, they will vote for their substitutes themselves.

“So the founder loses control of the university; this board of trustees will be in control of everything and the lord of all,” he pointed out.

The co-president was asked whether as part of the the Democratic Opposition Coalition MSZP supported the concept of having pre-elections in all 106 electoral districts.

Tóth replied that MSZP was open to this, and “if there is a consensus on this, MSZP is ready to compete in all 106 districts”; although he noted that the 15 individual winners, who were able to win a constituency even without an alliance, have serious legitimacy and social support.

He said he was pleased that if there were “big shots” on the opposition side and that current MPs would have to run somewhere in the election as well; but he also hopes to agree that not only party candidates can run in the pre-election.

He expressed optimism about MSZPs performance and that the party will be “proud to” fight if it shall bear the responsibility to win a swaying constituency that the change government could depend on.

Responding to a question he said he would not run individually in the election, but would on the list. He said he focused on his duties as co-president because “it is the responsibility of MSZP to ensure that the network it will make available to the opposition cooperation work smoothly during the parliamentary elections.”