How Does Madame Minister Know? 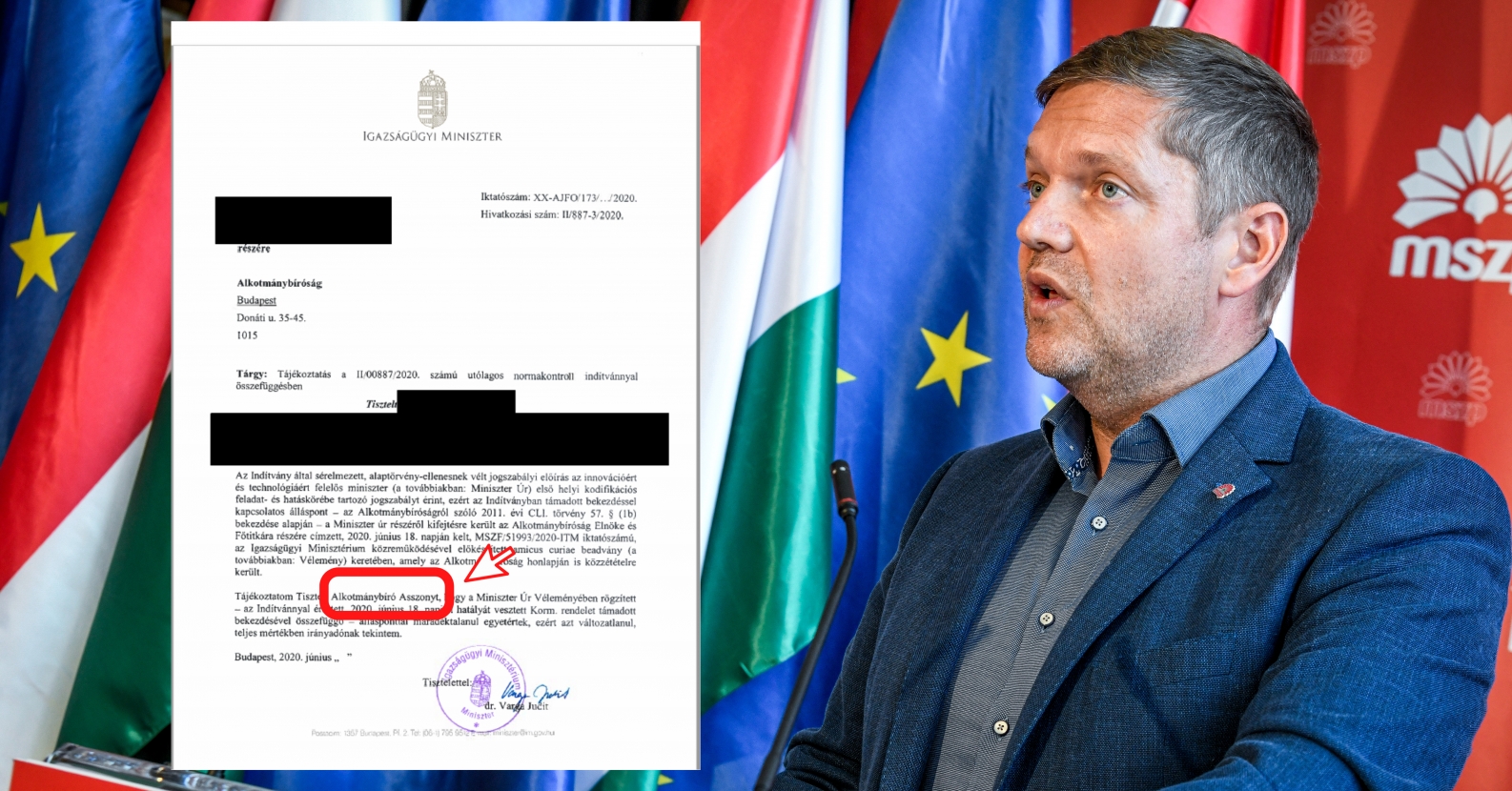 In Brussels, the Prime Minister keeps trying to convince people that there is nothing wrong in Hungary, everything is fine with the rule of law, the principle of separation of powers prevails: the government, the Parliament, the courts and the Constitutional Court are independent bodies, none of them can exert pressure on the other.

But his ministers prove the opposite in practice almost daily. Here is the living example:

In recent weeks, at the request of trade unions, opposition parties have filed a joint petition with the Constitutional Court against government measures that have further restricted employees ’rights against employers, further increasing the exploitation and vulnerability of workers.

Our jointly submitted document to the Constitutional Court was commented on by the Minister responsible for Innovation and Technology, and recently by Judit Varga, Minister of Justice, who wrote a letter with regards to the matter.

However, there is a very strange point to her opinion.

It is clear from the attached letter: Judit Varga did not write to the Constitutional Court itself, but to a specific judge.

How does the Minister know the non-disclosed information as to who the constitutional judge of a given case is, when neither the petitioners themselves, i.e. the opposition parties, nor those concerned, i.e. the trade unions can know this?

The Minister could only know the identity of the rapporteur constitutional judge in one case only: if she had been specifically asked for an opinion. However, this did not happen according to the case file.

Can the Constitutional Court be called independent of the government under such circumstances?

Do members of the government not abuse the right to comment on materials submitted to the Constitutional Court?

The amicus curiae (“friend of the court”) petition does not serve as a means for the government to intervene in the judgment of the Constitutional Court. It is reserved for the opinion of initiating parties who do not have a direct interest in the decision of the case, but have the right to express aspects before the court, which have not been put forward by the parties dependent on the ruling in the case.

Here, however, the government is a particularly interested party, as the exploitative regulation was born as a result of their motion!

Not in the least, in my opinion.

This is the next compelling reason why this government must be replaced by a joint opposition coalition in 2022 so that we can return to the path of democracy and the rule of law. The Hungarian Socialist Party will do its utmost to make this happen and for the independent branches of power to operate in a truly dignified, independent manner.