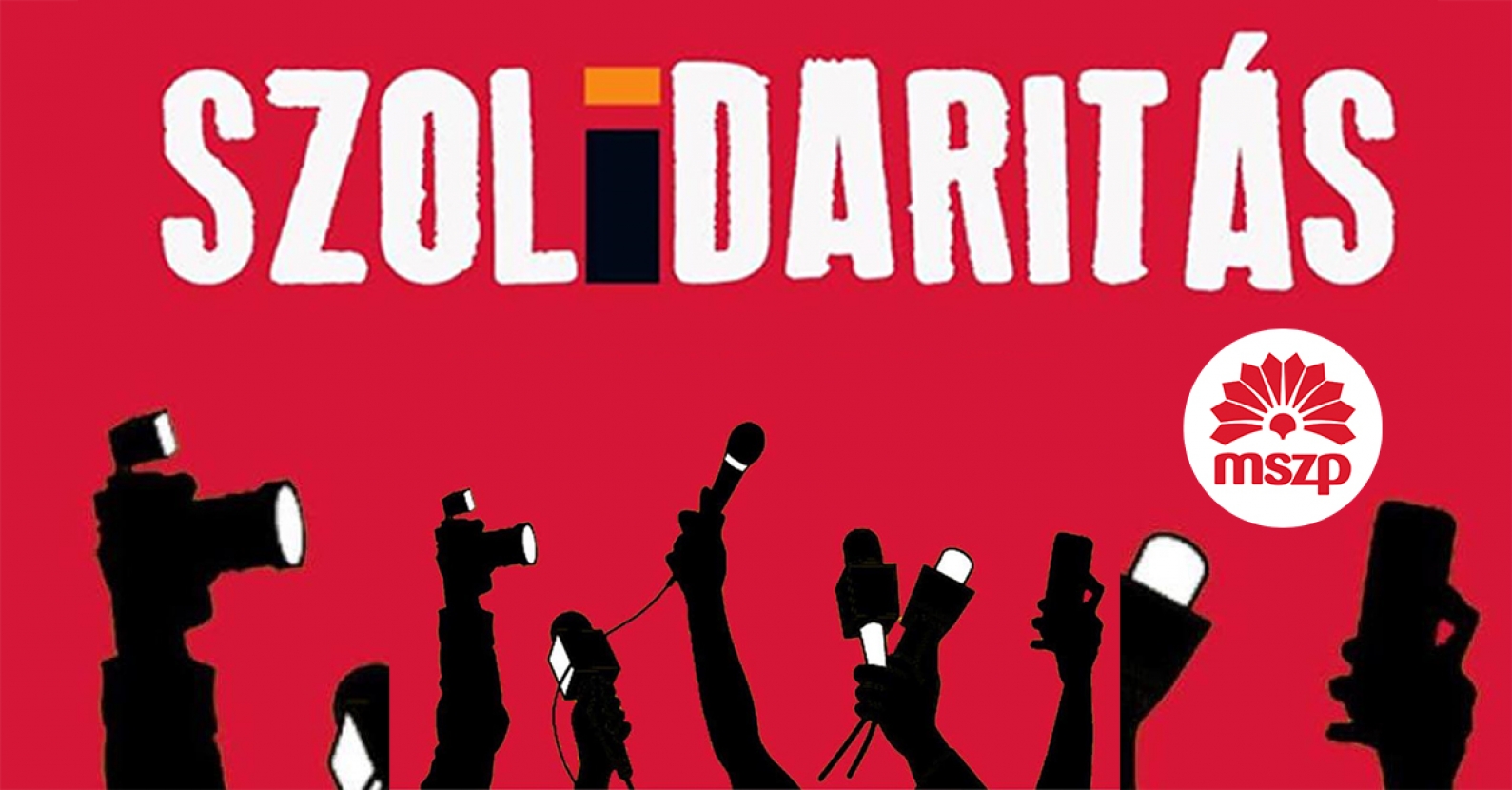 The party president and MEP of MSZP jointly turned to the European Union-funded Centre for Media Pluralism and Media Freedom (CMPF) in Florence regarding the Hungarian media situation.

In a letter to the organization, Bertalan Tóth and István Ujhelyi drew attention to the fact that the economic and political pressure around the Index.hu news portal – which resulted in the collective resignation of the editorial staff – clearly proves that the Hungarian independent press is in a seriously endangered situation. The Socialist politicians asked the EU institution make, if possible, a fresh, comprehensive report on the Hungarian media market and its biases, in order to give EU decision-makers a clear picture of the situation of the Hungarian public and its obvious government control.

Bertalan Tóth and István Ujhelyi reminded that the CMPF regularly monitors the press situation in the Member States, most recently a report was prepared at the request of the European Commission in connection with the establishment of a Fidesz affiliated media holding. In this, they stated that the situation of Hungarian media freedom is constantly deteriorating, and the central media foundation established with government assistance and control especially threatens the freedom and diversity of the press.

The MSZP politicians made it clear that the European Union must finally provide meaningful responses to media market interventions in the Member States, and therefore proposed closer coordination between the institutions concerned. Bertalan Tóth and István Ujhelyi emphasized that the appropriate response required an accurate and detailed exploration of the media relations in the Member States, and therefore called for this to be done at the Florence institution, which, as they write, would be a useful aid for the EU rule of law mechanism for other law-breaking activities of the Orbán government.

“The Fidesz-regime is shattering the independent media in Hungary to pieces without moral or legal constraints: they are not deterred from resorting to economic or political means just to silence critical voices. After the unprecedented execution of the major circulation daily Népszabadság, the most read online current affairs portal, Index.hu was next in line for beheading. Because of our continued solidarity with the independent and critical journalists of all times and our unwavering commitment to media pluralism, we call for European action on this matter,” the MSZP politicians wrote in their letter.