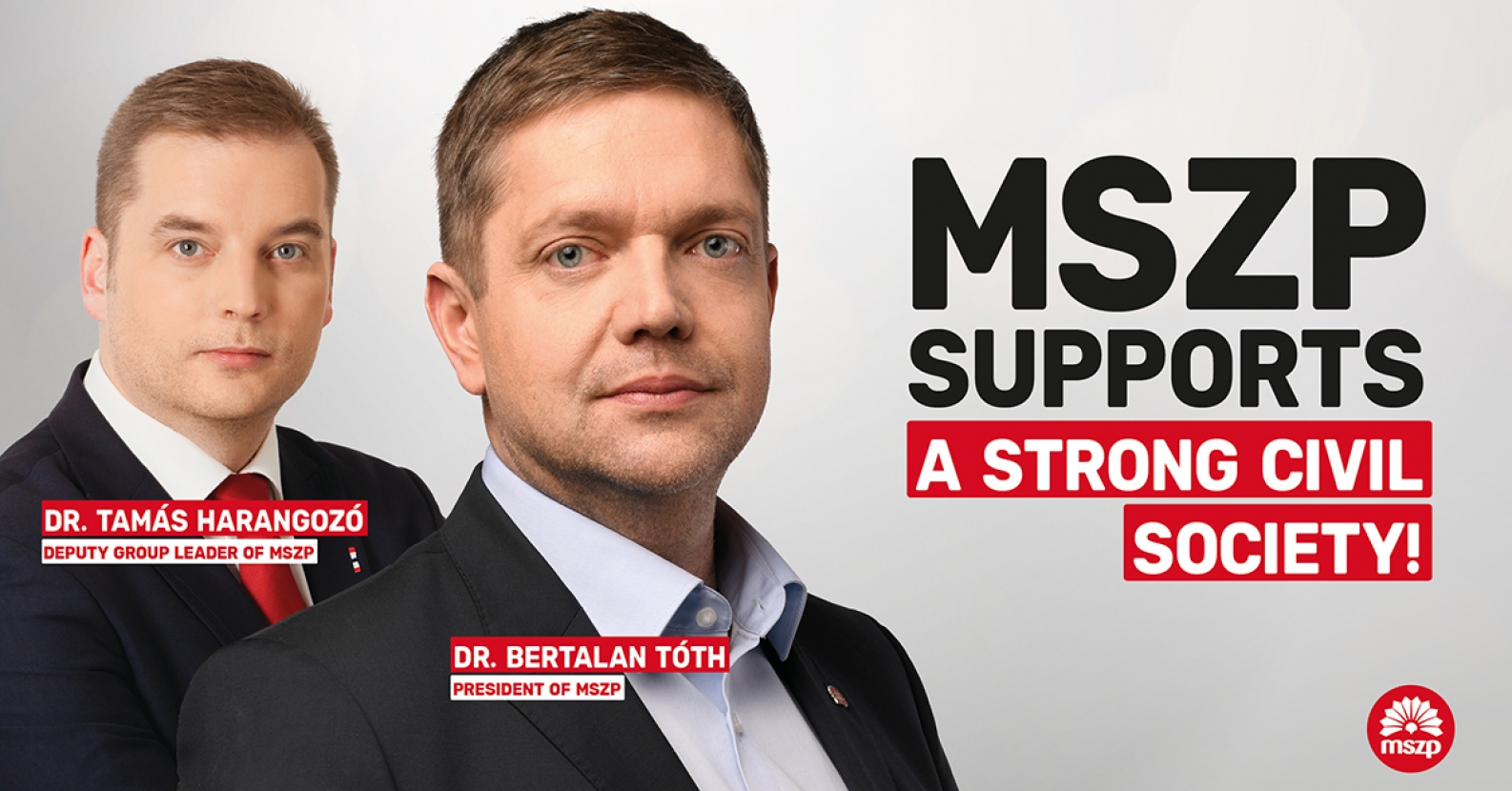 The Court of Justice of the European Union has made it clear that the law created by Fidesz, which stigmatizes civil organizations, goes not only against European values ​​but also EU law.

The law of Fidesz, a legislation based on the Russian model against non-governmental organizations receiving foreign donations, has failed. Stigmatization of NGOs and government action to create an atmosphere hostile towards them must be abolished.

To this end, MSZP submitted a bill initiating the repeal of Act LXXVI of 2017, which allows for the listing of non-governmental organizations, as well as the deletion of databases created on the basis of the law and the repayment of fines imposed.

MSZP supports the creation of a strong civil society in which non-governmental organizations are not stigmatized by law on a political basis. We want a country where NGOs and their members and supporters are valued parts of society.