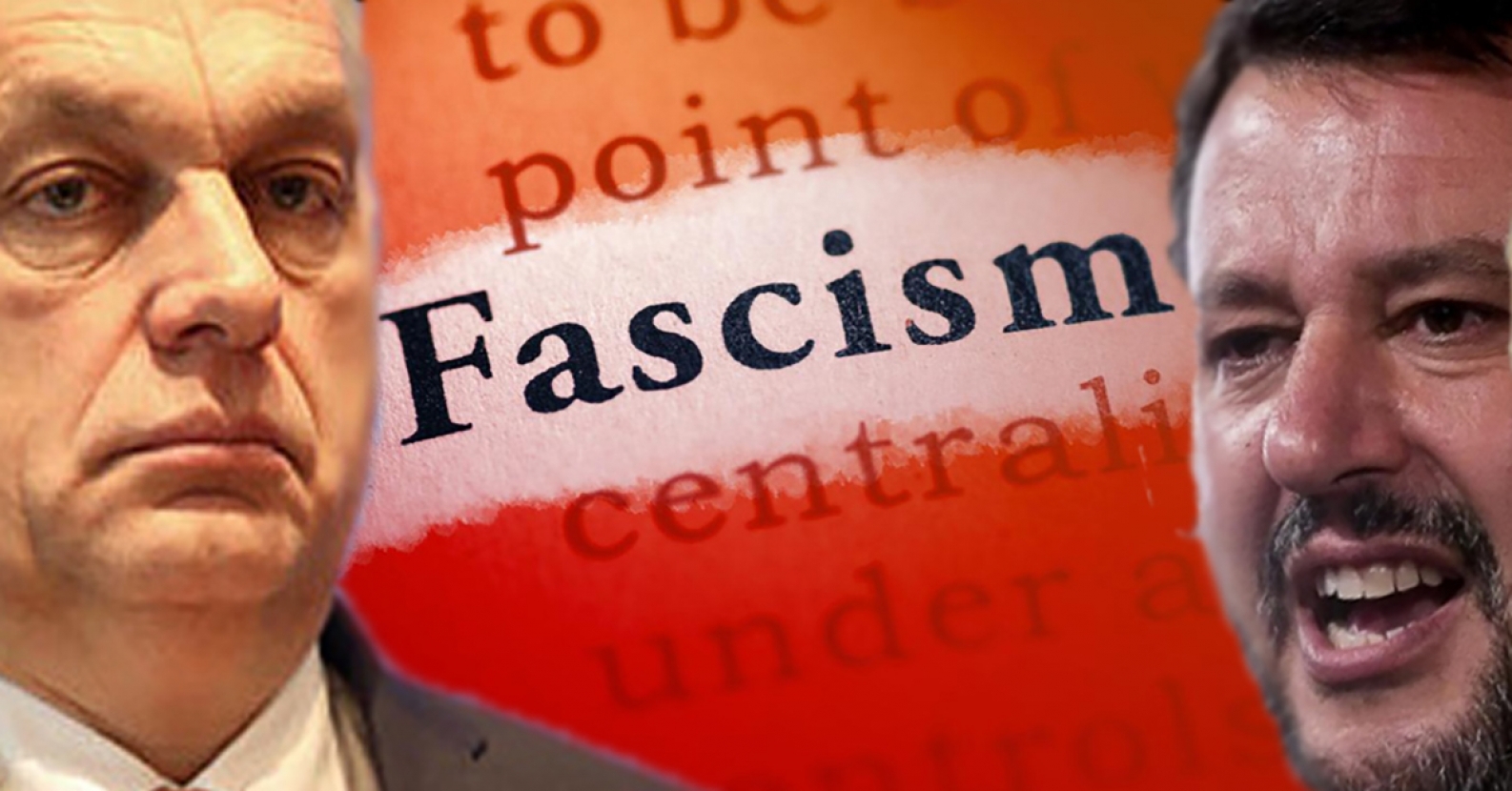 It is not the first time I have pointed out that the illiberal state of Orbán shows significant overlaps with fascist systems, however, now it is the Hungarian Prime Minister to confirm the accuracy of this characterization.

Before the professional and voluntary agents of outrage take me to bits, let us be clear: fascism is not equal to Nazism. Unfortunately, in the Hungarian public discourse, these two concepts are rather intermingled, although there is a significant difference between the two alongside the overlaps and ideological interconnections.

Both systems strive for totalitarianism, but Nazism used racial theory as one of its foundations, and although the Fascists were somewhat open to it as well, this was not the root of their state theory. The Putinist state as well as Orbán’s illiberalism can be referred to as fascistoid systems.

From the writings of the Italian author and philosopher Umberto Eco, we know that fascism is the collective name for nationalist authoritarian regimes. Eco also summarized the essence of fascist systems in a clear and concise manner: it builds on the culture of tradition; embeds religion into national politics; stigmatizes disagreement; classifies the opposition as traitorous and claims they serve foreign interests; expropriates the notion of the nation; sweeps off all counter-arguments referring to the will of the majority; rejects parliamentarianism; distorts and magnifies the image of external and internal enemies; constantly emphasizes its masculine character, while reducing the role of women to the family and while being populist and elitist at the same time, led by a single Leader.

There is no entry in this description that would not fit the system of national cooperation (NER). Fidesz supporters may, of course, think that this is all right and that this system is perfectly fine for them, but to deny that NER is a genuinely fascistoid system is a patently obvious lie. If only, because Viktor Orbán himself shall confirm this in the next few days. He will be one of the "guest stars" of a conference in Rome entitled "God, Nation, Honour" at which the possibilities of national conservatism will be discussed at length for two days. Neo-fascist politicians such as the extremely anti-EU and declaredly Putin-loving Matteo Salvini or one of the youngest aspirants of the also declaredly anti-EU, French LePen family, Marion Maréchal will also hold talks.

Another keynote speaker of the event also shows clear choice of values: president of the Fratelli d'Italia / Brotherhood of Italy party Giorgia Meloni, who openly continues Benito Mussolini's intellectual heritage, will also speak. A small addition is that the representatives of the latter, openly neo-Fascist, party sit in an EP group that cannot wait to embrace Fidesz with and whose members will no doubt include those of the EP delegation led by Tamás Deutsch after they leave the People's Party.

After all of this, it is useless to deny that Viktor Orbán openly sympathizes with the neo-fascists of the world and has himself built a fascist political system in Hungary. The only question that remains is where this leads and what damage it causes to the Hungarian nation, which has once, together with the terrible spirit of Nazism and Stalinism, has thrown away this ideology and chased away its unprincipled high priests. It is only to be hoped that the end of the NER will not be the same as those of such systems: a war that comes as a shock.

Following the Hungarian PM’s landmark speech in Tusványos in 2014, in which he proclaimed his desire to turn Hungary into an illiberal state, I pledged to draw the public’s attention to the transgressions of this regime in an open letter every week. This is the 231st time I ring the bells of alarm, as it still seems necessary. And also, because as a radical European Democrat, it is my duty to do so.

With Fidesz Government, Even Minimum Wage Is Taxed - reaction to Gergely Gulyás' statement

In line with EU, Complete Social Turnaround to Follow Change of Government in Hungary