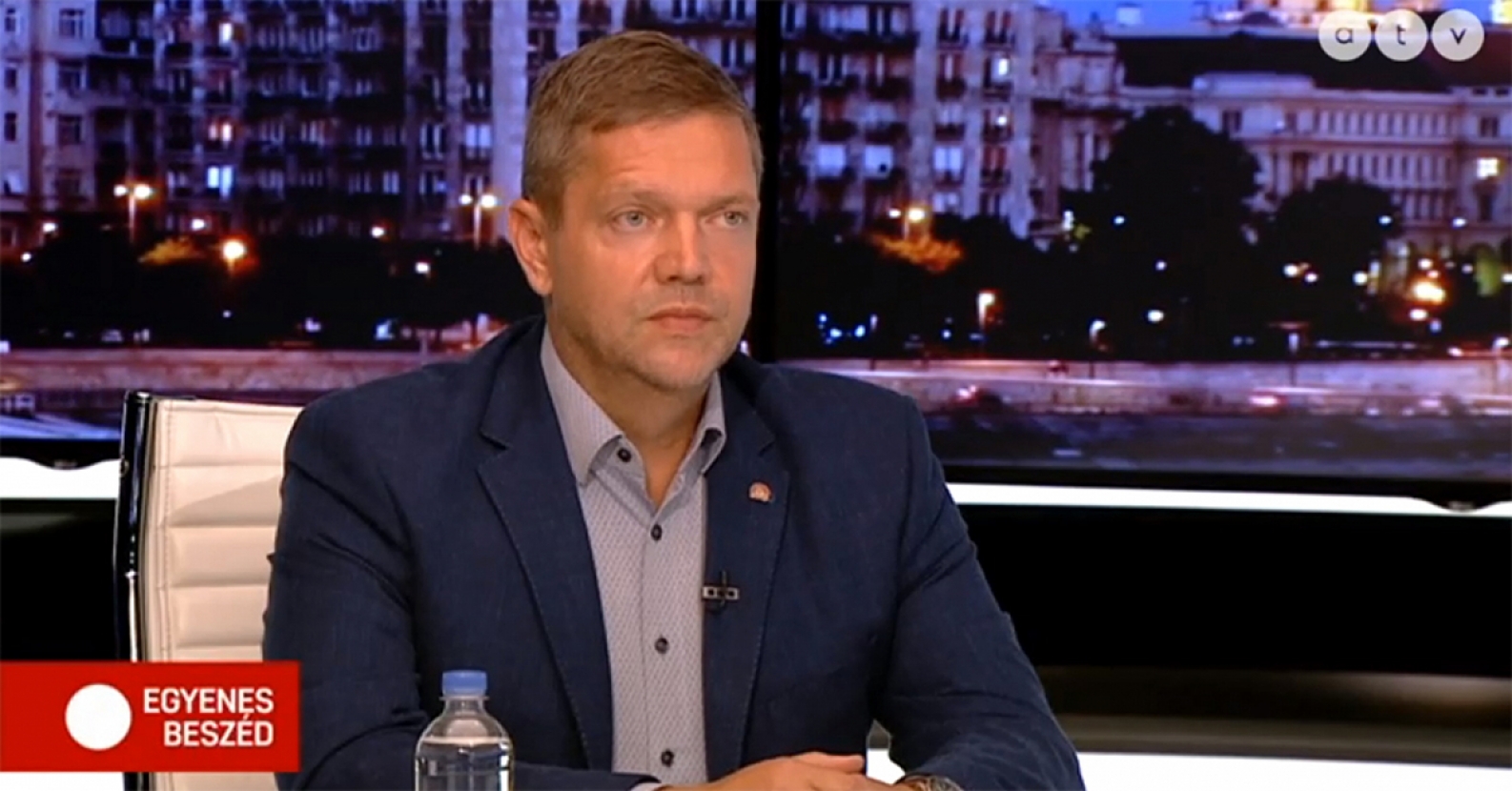 Lőrinc Mészáros made a much better deal with the state repurchase of the Mátra Power Plant than we initially thought, said MSZP president Bertalan Tóth on ATV’s evening show ’Straightforward Talk’ on Monday.

He announced that MSZP would publish the analysis and package of documents on its website on Tuesday.

As he said, to his “surprise” he had received a lot of documents pertaining to the case from Magyar Villamosművek (MVM Group, Hungarian Electrical Works) during his public interest data request process in May but three-quarters of this data was redacted. He sued them for this information.

The papers show that Lőrinc Mészáros “made a much better deal than we thought to date:” through various techniques, the transaction cost Hungarian taxpayers much more than the HUF 17 billion recognized as the purchase price.

The case itself “clearly shows how national capitalists work” the party chairman said, because when a company is profitable, they acquire it with state assistance, but when it becomes unprofitable, “then, they dump it like a hot potato, and (…) put the livelihoods of thousands at risk.”

Regarding the case of Index, he said: we feel the stealthy dictatorship on our skin: Fidesz’s typical technique in both the media and the economy is that it can take an extortionate position in the event of financial difficulties.

“This stealthy dictatorship, as we call Fidesz’s method, is not direct political intervention but economic pressure: they make it impossible for editorial boards to function, if necessary, through threats” like they did with Index; but he also enlisted the closure of the major circulation daily Népszabadság, the online portal Origo, and the resignations at the weekly 168 hours.

“We believe the journalists and the editors who have said that the independence and integrity of this web portal is at stake,” he noted.

He said that himself and MEP of MSZP István Ujhelyi had approached the European Commission's advisory board, the Institute for European Media Pluralism and Media Freedom, which had previously examined the state-owned KESMA giant media holding, to draw their attention to the situation of the Hungarian media, "so that the European Commission can take this into account when assessing whether the rule of law prevails in Hungary or not".

They also wanted to draw the attention of Index journalists to a tool called the European Union's response mechanism, which journalists can even turn to for financial help if freedom of expression or media freedom is violated.

The party president also spoke about MSZP's referendum initiative on the issue of Lake Balaton, the questions of which will be submitted to the National Election Office on Tuesday.

He said that “We want to stop the current Fidesz colonization process:" so that free beaches cannot be turned into paying ones, so that they cannot be used as construction sites, and that the knights of Orbán’s National Cooperation System cannot expropriate sections of the shores of Lake Balaton.

"We all love and adore Lake Balaton," he said, adding that the Prime Minister "says that Hungarians should go to Lake Balaton, (…) so they do and when they get there, and realize that the places they could swim for free last year, they can no longer do without paying.

It was a free beach last year, but this year it isn’t anymore”. He explained that it was this process they aimed to stop with the referendum.