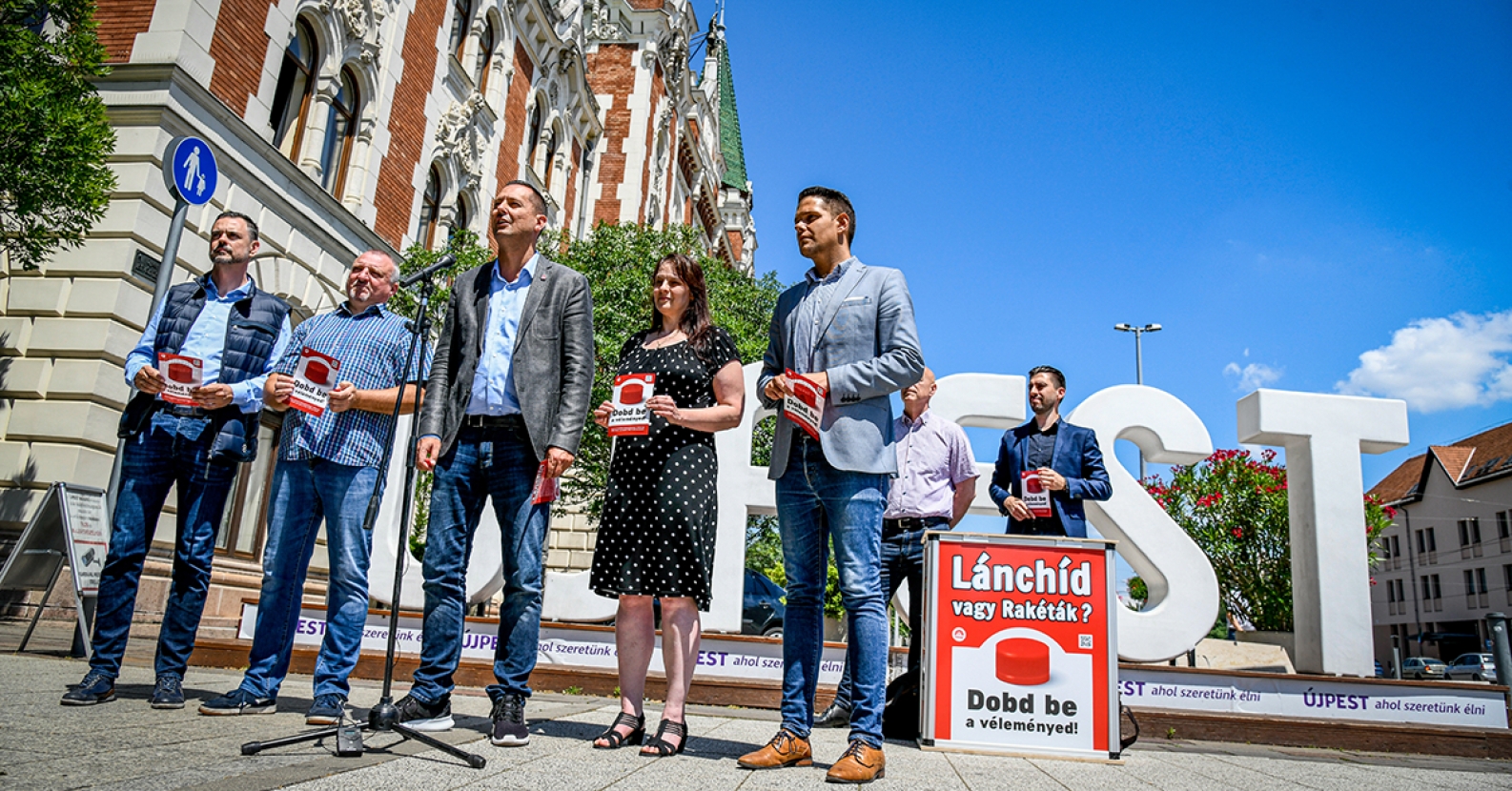 In Újpest (District 4) and seven other locations in Budapest, people can now vote and let the government know whether they should spend taxpayers' money on the renovation of the nation's bridge or a four-day series of parties and fireworks that costs HUF 10 billion, said Zsolt Molnár, the Budapest president of the launcher of the campaign, the Hungarian Socialist Party and head of the Újpest organization of MSZP, Beatrix Belán on Wednesday.

"We will collect bottle caps so that the people of Budapest can tell us with their votes whether they want rockets, irrationally expensive fireworks, a four-day series of ceremonies costing nearly ten billion, or the renovation of the Chain Bridge," announced the socialist Zsolt Molnár.

“Please come and look for our stands and the socialist activists on the given locations; this proposal can also be signed, and, of course, we are waiting for people to bring us the forms of the so-called national consultation, which is a waste of money,” he added.