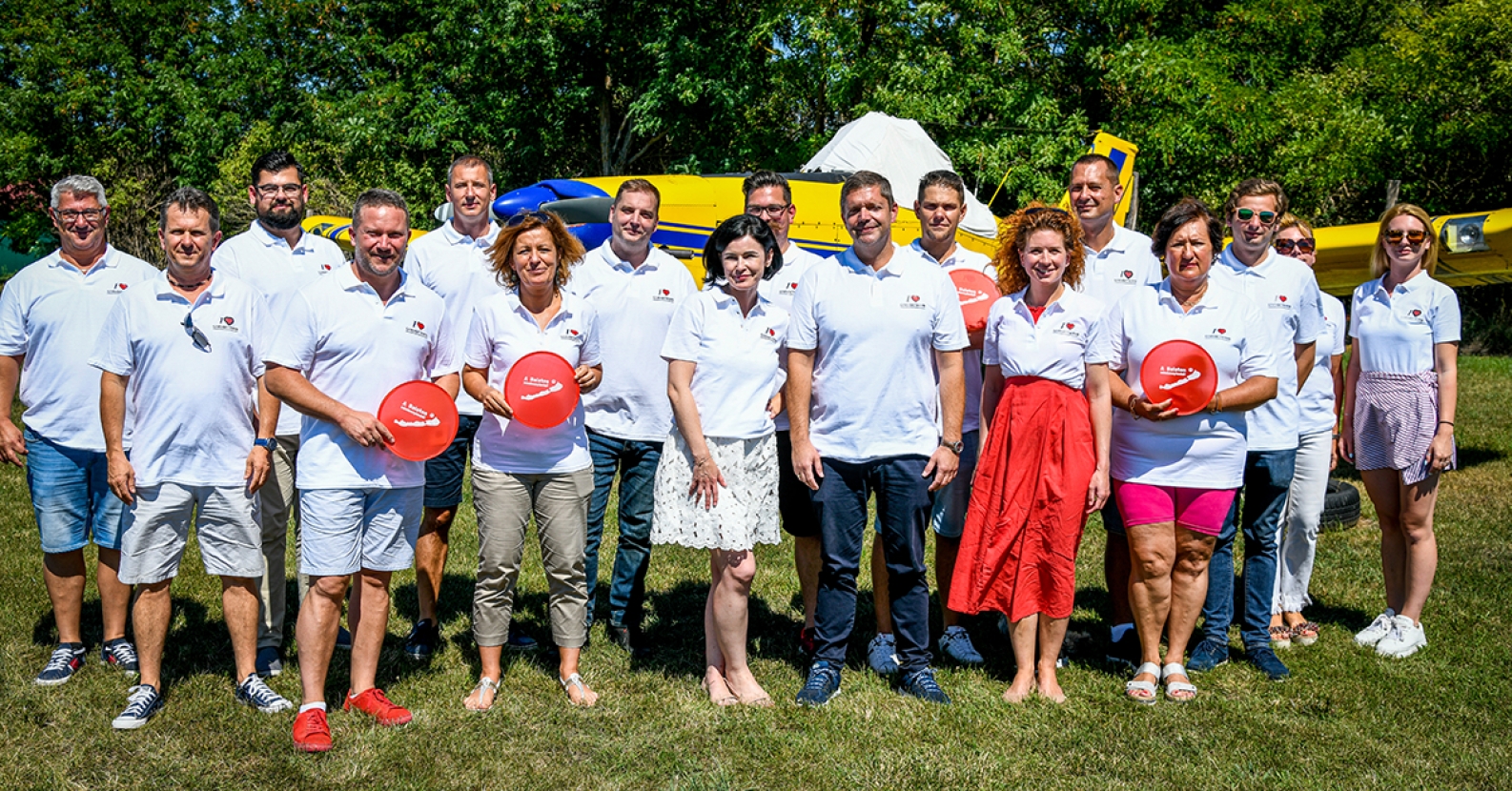 We expect the National Electoral Commission not to be cowards, to our referendum questions pass, said MSZP President Bertalan Tóth in the company of several members of his party in Siófok on Friday.

“Let the people decide in a referendum that we stop the colonization that Fidesz started here at Lake Balaton,” he continued, standing in front of a small plane, stating that it would soon fly with a banner for two hours over Lake Balaton that reads “Lake Balaton belongs to all of us!”

Caucus leader of MSZP Ágnes Kunhalmi said: NECs decision on whether to pass the MSZP referendum questions on the protection of free waters and the restriction of constructions at the waterfronts in the interest of the public is due on Monday.

She called it “fantastic” that more than a hundred thousand people have already signed the MSZP petition on the matter.

“Even we didn’t think the country would be mobilised to this degree,” she said, thanking all the support. If the initiative shall be passed, “we will count on you big time,” she added.

Bertalan Tóth promised that if their referendum questions should go through, they would call on opposition parties and all Hungarian voters to be partners, as it is in the interest of many that “the unworthy representatives of Orbán”s national cooperation system” not take away and build in all the shores and the free beaches by Lake Balaton, Lake Velence and other open waters.

"Let us stop colonization with our referendum initiatives, stop the lords of power, and protect our common treasure, Lake Balaton and our free waters," he called.

Kunhalmi stressed that protecting the free use of natural waters is not a matter of being right-wing or left-wing, but “Fidesz oligarchs are against the whole country here.” She added that they have had a very big struggle over the last two months to make people understand and “we are trying to make the knights of NCS understand that what they are doing is not good.”

They do not only protect Lake Balaton, but all open natural water beaches, “so that the NCS knights cannot just plough free beaches and that the shores cannot be built on without control,” she said.