Opposition Parties Must Act Together As Equal Partners 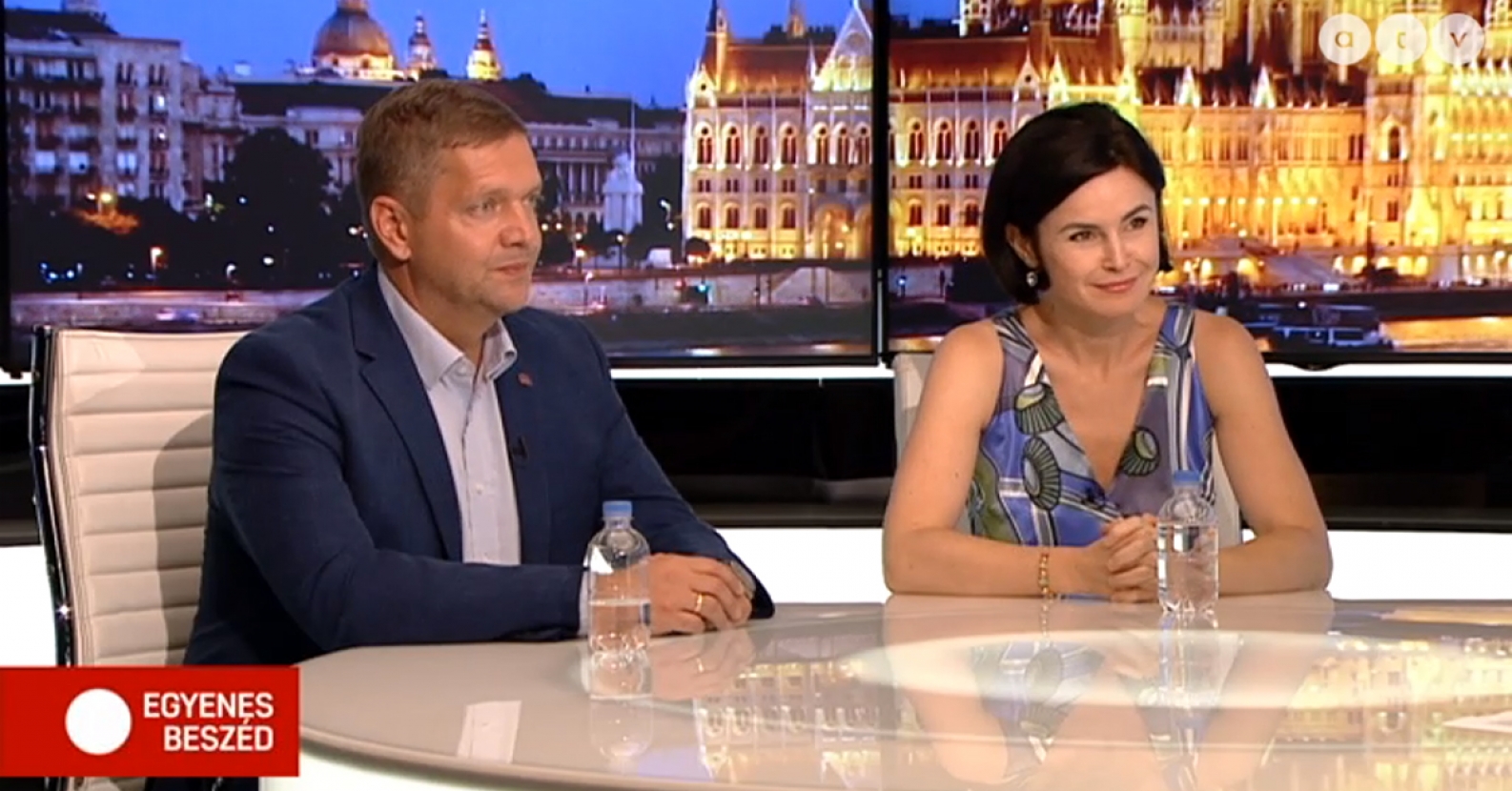 Together, acting as equal partners in crisis management, opposition parties can be more effective, Bertalan Tóth and Ágnes Kunhalmi said on ATV on Monday.

They announced that they would appeal to the High Court of Hungary regarding the referendum to be held for Lake Balaton, and the joint opposition candidate from Szerencs shall continue to remain the candidate of the entire opposition.

The politicians running together for the female-male co-presidency of MSZP said in the programme ‘Straightforward Talk’ that he two-year co-operation between the two of them was stable. While their original purpose was to build up the success of the municipal elections and the system of pre-election, now, in agreement, they offer a different concept and a different world to MSZP, the Hungarian left and Hungary.

Kunhalmi said she “did not expect” Attila Mesterházy to win the position of co-president in MSZP. It was mentioned that László Őri, a local government representative from Óbuda, is already known as a male candidate, but there may also turn up a challenger for the position of female co-president until the election of party officials in September.

Bertalan Tóth said that the opposition party presidents had made a decision based on consensus in two very important issues in the course of  August: that in all 106 constituencies they would nominate joint candidates against the Fidesz candidate and accept both negotiation s and the system of pre-election as legitimate when selecting the joint candidate; and that they would formulate a common program about “the kind of Hungary we want.”

Kunhalmi emphasized that in the last parliamentary election, 52.6% of voters voted against Fidesz, but the opposition was not united; now, however, “we have agreed well in advance on a lot of crucial issues that designate the piles of the direction we are heading.”

To the fact that Fidesz's support increased during the epidemic, Bertalan Tóth mentioned the lesson that the opposition's starting coalition provides an opportunity to formulate joint proposals to deal with the crisis. Proposals regarding employees, pensions and food prices, just as, for example, all opposition parties proposed reducing VAT on food to 5%.

“I am convinced that joint action in itself shows strength and can even be more effective than having a party formulate its own proposals,” he said.

“Our partners are very much counting on us, just as we are counting on them; the support of MSZP is stable,” Kunhalmi said, emphasizing that the partners should treat each other as equals, and that MSZP has always done so.

Party president Bertalan Tóth said that they were not surprised by the fact that the National Election Commission (NEC) had rejected MSZP's referendum questions on Lake Balaton as the party had already collected 120,000 signatures on a petition with similar content so there is ‘reason to fear’ that there would be a successful referendum.

He called the rejection a political decision dressed in a legal cloak. He said they would appeal to the High Court of Hungary, and if they should also reject it, “then we will look at the justification and ask questions accordingly.”

According to the explanation of NEC, the issues fall within the competence of the municipalities and not Parliament. According to Tóth, however, “this is completely at odds with what Fidesz is doing with local governments”, as it continuously deprives local governments of their tasks and powers by creating laws.

He noted, however, that there was only a few days left after the High Court’s decision to collect the 500 recommendation slips.

When asked whether Bíró, who had previously posted in a racist tone on his social media site, was a good candidate for MSZP, Kunhalmi said, “if he hadn’t apologized, if he hadn’t sprayed ashes on his head, it would certainly be a problem,” but “these gentlemen have come a long way to be able to stand as joint candidates today. (…) On the other hand, we will watch with scrutiny what he says after this.”

When asked whether they did not want to take the opportunity to nominate someone else instead of Bíró, MSZP's caucus leader replied: "Cooperation is more important to us", and as a guarantee, opposition parties will be there locally and nationally.

mszp.hu » News » Opposition Parties Must Act Together As Equal Partners