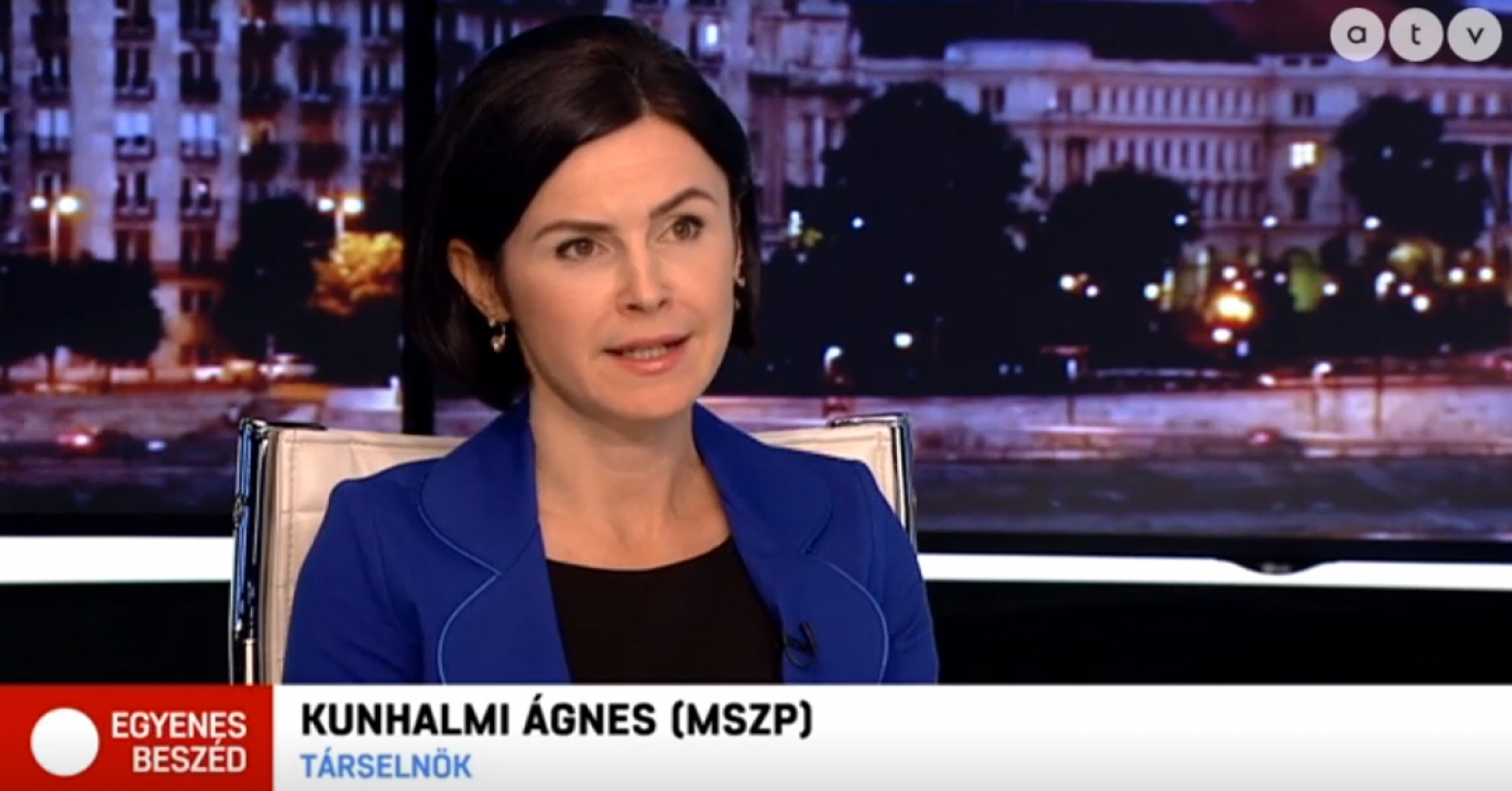 MSZP is hoping to recruit so called democracy guards who wish to defend the purity of the 2022 elections, because pro-republic voters “can’t sit back,” said MSZP co-president Ágnes Kunhalmi on ATV’s Straightforward Talk program.

At least one, but rather two opposition delegates would be ideal in each of the approximately 10,280 constituencies, she said.

"We have to start early, because in this system, as all opposition voters could see over the last 10 years, Fidesz will not hesitate to manipulate the elections in any way they can," the co-president said. “It is created  to favor the governing parties,” she added.

She said that “before the 2018 parliamentary elections, constituency delegates began to“ hastily withdraw ”from  participation after Viktor Orbán said in his 15 March speech that moral, political and legal retaliations will take place  after the election, and the threat was maintained until the last minute.
Kunhalmi emphasized that as early as it happened this year, no such important agreement had ever been reached between the pro-republic opposition parties before an election.

She said people could apply with any such party but personally, she was waiting for who "feel strong" and are ready to take action to make sure that there is no suspicion of fraud in the election to apply at mszp.hu or at [email protected], she said. She emphasized that they also have the support of NGOs.

She said the “real politician”, “very experienced” prime minister in his political season opening speech, drew the attention of pro-government voters to the fact that although he created the right-wing unity, “not everything was played out”, even though hey ruled the state, had re-written the election law and owned the media. The opposition can also create its own unity, so “I, on the other hand,  am telling pro-republic voters that they cannot sit back,” Kunhalmi said.

Regarding the election of the president of the National Election Commission, she said that MSZP, like the other opposition parties, would of course have had a candidate for the post, in fact, the opposition parties would have had a common candidate. MSZP had suggested that the position be filled in a different system, with a tender, on a professional basis, with the agreement of the government and the opposition.

However, Fidesz has only consulted the opposition on the matter for appearances, to show the West that there still was a dialogue.

“For Fidesz, elections (…) are a necessary evil and they will do everything for their own irreplaceability. They are doing everything they can to prevent the alternation of political course from happening in Hungary,” said Kunhalmi.

When asked if she would be willing to run as a prime ministerial candidate in 2022, as suggested in an earlier interview, she replied, “Look, they asked me, “Would you be the prime minister of this country?” Which party leader or leading politician would say no to this? It would be like telling your voters that you can’t count on me at the end of the day.”

She continued by saying: “I see fellow politicians who would do better at this today”. She stressed a candidate was needed with the largest possible base on the pro-republic side.

“I’d rather undertake to do everything on my part and on behalf of my party to be part of a force to change the government, which (…) has not had such a great chance in the last 10 years (…) as it has now,” she added.