We Must End Autocracy! 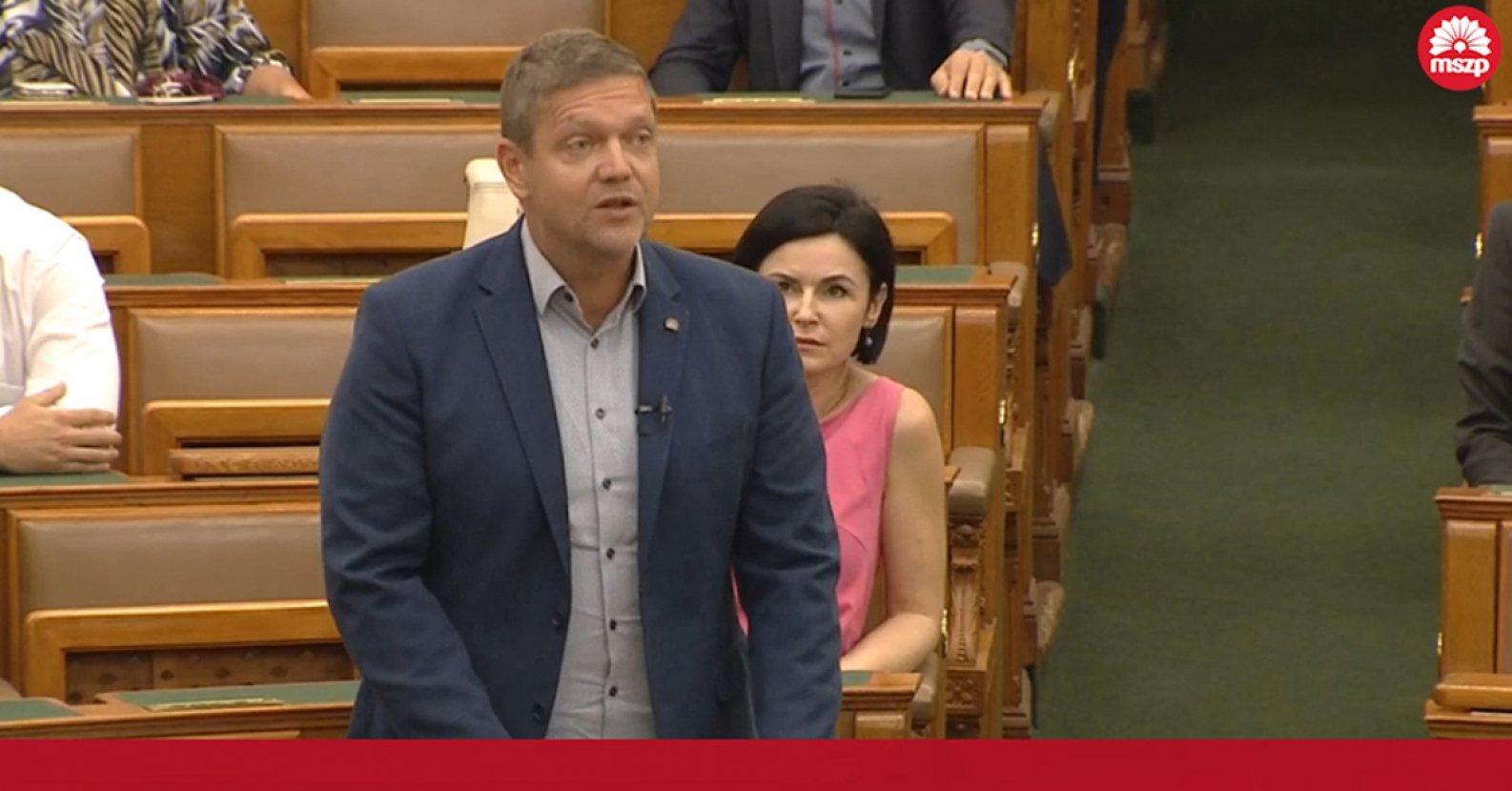 The time has come: we must finally declare that what we live in is not an existing republic, but an authoritarian system that we must abolish, said MSZP President Bertalan Tóth before the agenda in Parliament on Monday.

He stated that for the Hungarian Socialist Party this also means that a freedom fight must be fought, in which they are not alone: ​​"The opposition parties, the opposition’s representatives are all with us, the time has come!"

“Together, we must prepare to stop this madness, this power rampage in 2022! (…) Democracy, the separation of powers, freedoms, and the restoration of the rule of law are not up for debate. Let us begin" – he called on his fellow MPs at the extraordinary session of Parliament.

He declared that a state cannot be called a state governed by rule of law, where events take place such as the government attack on Index, the subsidizing of Lőrinc “Not Pawn” Mészáros with tens of billions of public money in connection with the sale and purchase of the Mátra Power Plant, or the growing strangulation of municipalities through which the government wants to retaliate the results of the municipal elections that brought about a large-scale opposition victory.”

In a Western European-type democratic state governed by the rule of law, it would also be inconceivable for the Constitutional Court to seek guidance from the government on how to rule regarding the constitutionality of a government decree, but we could talk about the bleeding out of NGOs, the colonization of courts, science and culture, or the severe curtailment  of  the freedom of education and universities’ independence.

“Moreover, as a means of saving power,” universities are being put under the control of foundations led by members of the government, “we can already see that oil industry professionals also understand acting. (…) The situation with the University of Theatre and Film Arts is unacceptable and outrageous for us as well,” he stressed.

He said that the Fidesz MPs - who were not present at the meeting - did not represent the interests of the Hungarian people, but the interests of the economic and power elite. Right now their goal is to transfer the common treasures of all of us, such as Lake Balaton, Lake Velencei and our other free waters from public to private property.

MSZP has proposed a referendum against this “robber policy,”, “because the centuries-old consensus that both rich and poor should benefit from being able to rest on the shores of our natural waters cannot be disregarded.  We say that Lake Balaton does not belong to the Prime Minister, nor the Fidesz elite, but to all of us,” he emphasized.

He called on everyone who agrees that Lake Balaton belongs to all of us, that its shores should not be built on any further, and on those who want to be able to swim for free by the shores of Hungary’s natural waters to sign the MSZP initiative.

He blamed Fidesz MPs, members of the government, the Speaker of the House and the Prime Minister for not appearing at the extraordinary meeting initiated by the opposition.

"You would justifiably expect the Prime Minister to come here to Parliament and report on what he has done in Brussels."

“Three weeks ago, before the EU summit he convened an extraordinary session of Parliament to vote for a pathetically dumb political statement to carry with him to Brussels, it could and still should be expected of him to come back and report on the outcome,” he said.

He emphasized that despite their absence it is still known that the Article 7 proceedings against Hungary for violating the rule of law had not been concluded; Orbán could not convince the leaders of other EU member states that the rule of law, and the "system of checks and balances was nonsense", nor did they support Orbán in the fight against human rights, green or even workers' NGOs.

mszp.hu » News » We Must End Autocracy!