Why Don't You Try and Govern a Little for a Change? 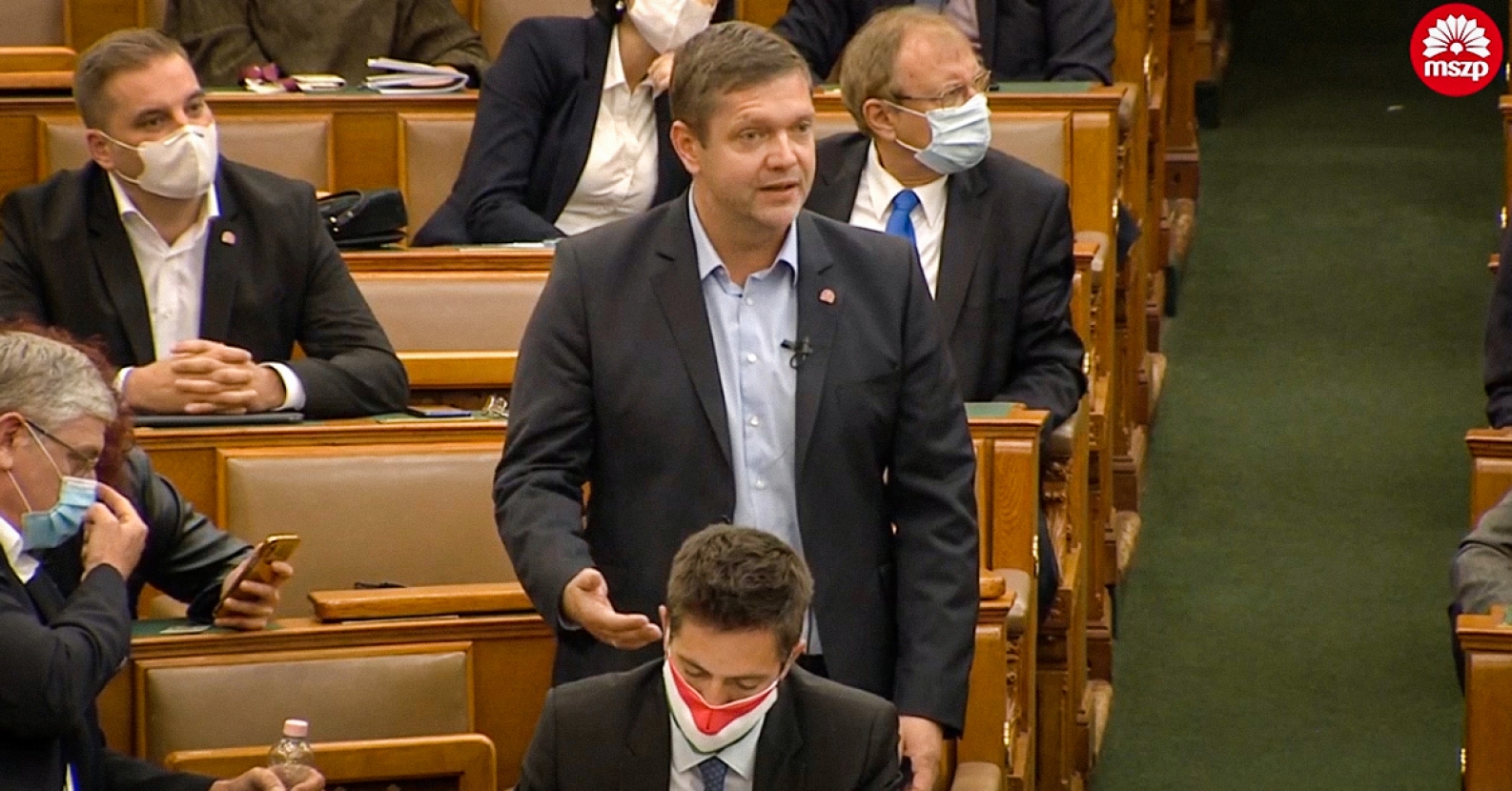 Co-president of MSZP Bertalan Tóth called the future “intended for our children” by Prime Minister Viktor Orbán “terrifying”. "Why don't you try and govern a little?" he asked in Parliament on Monday in response to the season opening speech of the Prime Minister.

MSZP’s group leader said Orbán did not wish to see citizens who can think critically and are able to take independent initiatives in this country, but wanted to educate subordinates in schools instead.

“We will fight this with all our might, and I personally will too, as a practicing father of 5 children! We will not let you educate our children to be subordinates,” he declared.

He also called it a "terrifying thing" that the Prime Minister's speech revealed that "as they have not been busy with governance so far, much more so with campaigning, they will not govern in the future, either, rather, they will prepare for the campaign."

Yet Hungary does not work this way: the economic downturn has peaked due to the government's belated and tight-fisted measures, the country is indebted, inflation is over the roof, we are moving towards a social crisis, 400,000 are unemployed, 200,000 families are left without benefits, and many families took loans so that the children could start school. Hundreds of thousands of pensioners have to decide whether to buy food or medicine. There are more than half a million people who the government intends to exclude from the free healthcare system.

The number of the poor is rising and the lives of millions are deteriorating. Municipalities are hit by one blow after the other while in fact they are doing the government’s job, he said.

And although the oligarchs had been paid, “people outside the Fidesz elite have little or no access to adequate care,” he pointed out.

He continued by stating that a country does not function properly where the powers that be silence free voices, where they want to dismantle all intellectual centres independent of the government, where there is enough public money for the helicopter rides, yachts and hotel renovations of the ruling Fidesz elite that lives the high life, but to protect jobs in times of crisis to secure the livelihood of people who have lost their jobs, to increase family benefits, and the convergence of low pensions there is none.

A country does not function properly where the Secretary of State for Family Affairs will henceforth be called a minister and receive a higher salary will, but the amount of family allowance, maternity allowance, and childcare will not be increased. The amount of these has not changed since 2010, he pointed out.

He called it “utterly incomprehensible” that although energy prices had “dived” in international markets, families still have to pay more for energy than it costs.

“A series of sham measures and propaganda will not be enough to recover from the crisis. This system that you built and are still building is an authoritarian system that doesn’t give a damn about democracy and the livelihood problems of people. You are only busy serving a narrow elite! All you do is plunder and destroy!” he declared.

That is why a change of government and era is needed, he said.

Those who sit opposite the government in the rows of Parliament and work for change want to build a world “where there is freedom and legal security. A place our children do not want to leave, where everyone has a chance to make a living and live a better life. Where there is no need to fear tomorrow, old age, or poverty. Where learning and healing is not a luxury.

Where people pay attention to each other and there is solidarity. We want to live in a peaceful, calm and safe country. For our common future, for Hungary,” he concluded.

mszp.hu » News » Why Don't You Try and Govern a Little for a Change?