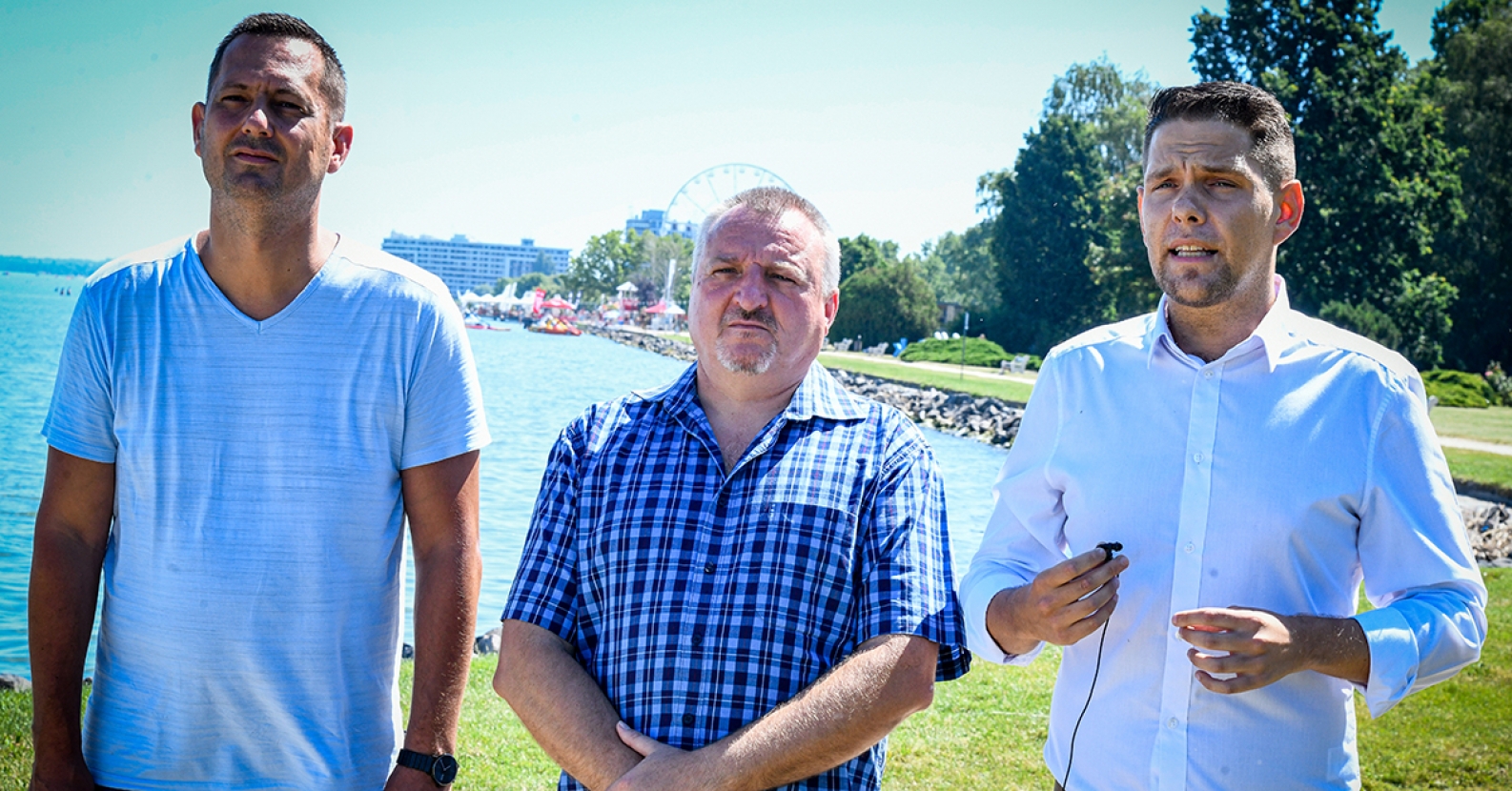 According to MSZP, the interest groups of Prime Minister Viktor Orbán are slowly buying up and taking over the Balaton area, while pushing Hungarian workers and their families out of there, the vice-president of the Socialists said at an online press conference on Friday.

Imre Komjąhi said Hungarian workers and their families have a right to Lake Balaton, therefore MSZP would not let the government expropriate this common national treasure.

"Hands off Lake Balaton! It belongs to Hungarian people and not the small sphere of Fidesz and its National Cooperation System, that devours everything," said Zsolt Molnár, president of MSZP in Budapest. He announced that in the coming weeks they shall launch an information campaign entitled "Get your hands off Lake Balaton".

With this campaign, MSZP also wants to express that they do not wish to see free beaches become expensive plages, marinas being privatized and coastal areas built on.

Member of the MSZP board Dávid Bihal said the government was about to play Lake Balaton over to its oligarchs from taxpayers' money.