Working From Home Saves Lives, Szijjártó, However, Fires People for It 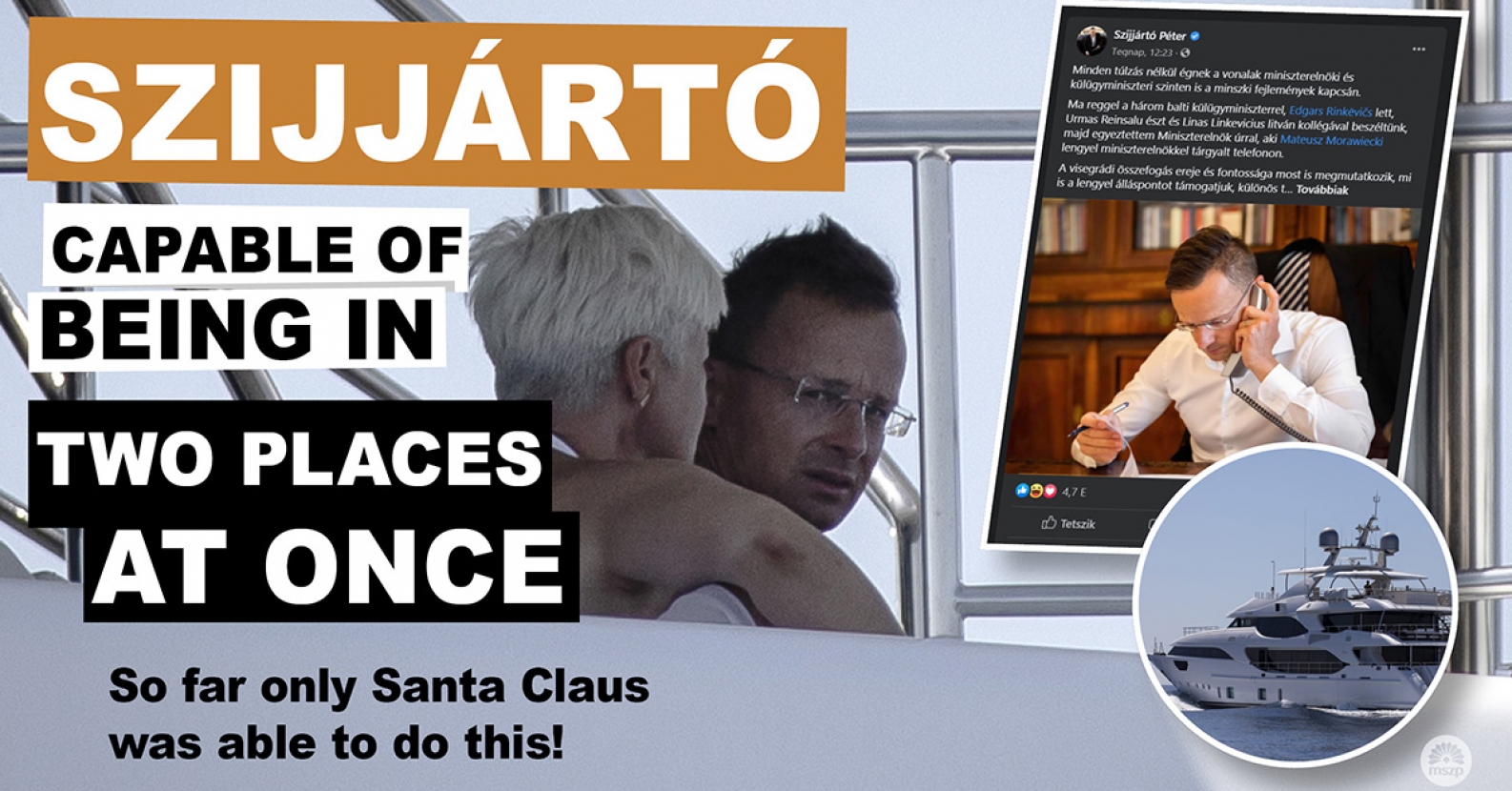 Working from home helped to slow down the spread of the epidemic, which helped save lives. Nevertheless, Foreign Minister Péter Szijjártó threatened to fire those employees of the Ministry of Foreign Affairs who even pondered the idea of ​​switching to home office.

What is more, the minister proudly acknowledged this at a meeting with ambassadors, admitting that the health of his staff meant nothing to him and that he was unwilling to support protection against the coronavirus.

It is an infinitely hypocritical and vile speech from a man who, by his own admission, did his job aboard a luxury yacht rocking on the Adriatic.

In his speech, the minister also made it clear that anyone who would dare to stand up for his rights could expect to be fired, and as a member of the government he admitted that all forms of trade union protection were being persecuted.

What Péter Szijjártó said is unacceptable. He failed as a politician because of his luxury holiday on the Adriatic; after his speech today, he failed as a leader, too and ultimately also failed as a human being with his oppressive behaviour that disregards the protection of human lives.

It’s time for him to close the door of the Ministry of Foreign Affairs behind him and sail away into the sunset.

mszp.hu » News » Working From Home Saves Lives, Szijjártó, However, Fires People for It