"You can't look far with your head down." 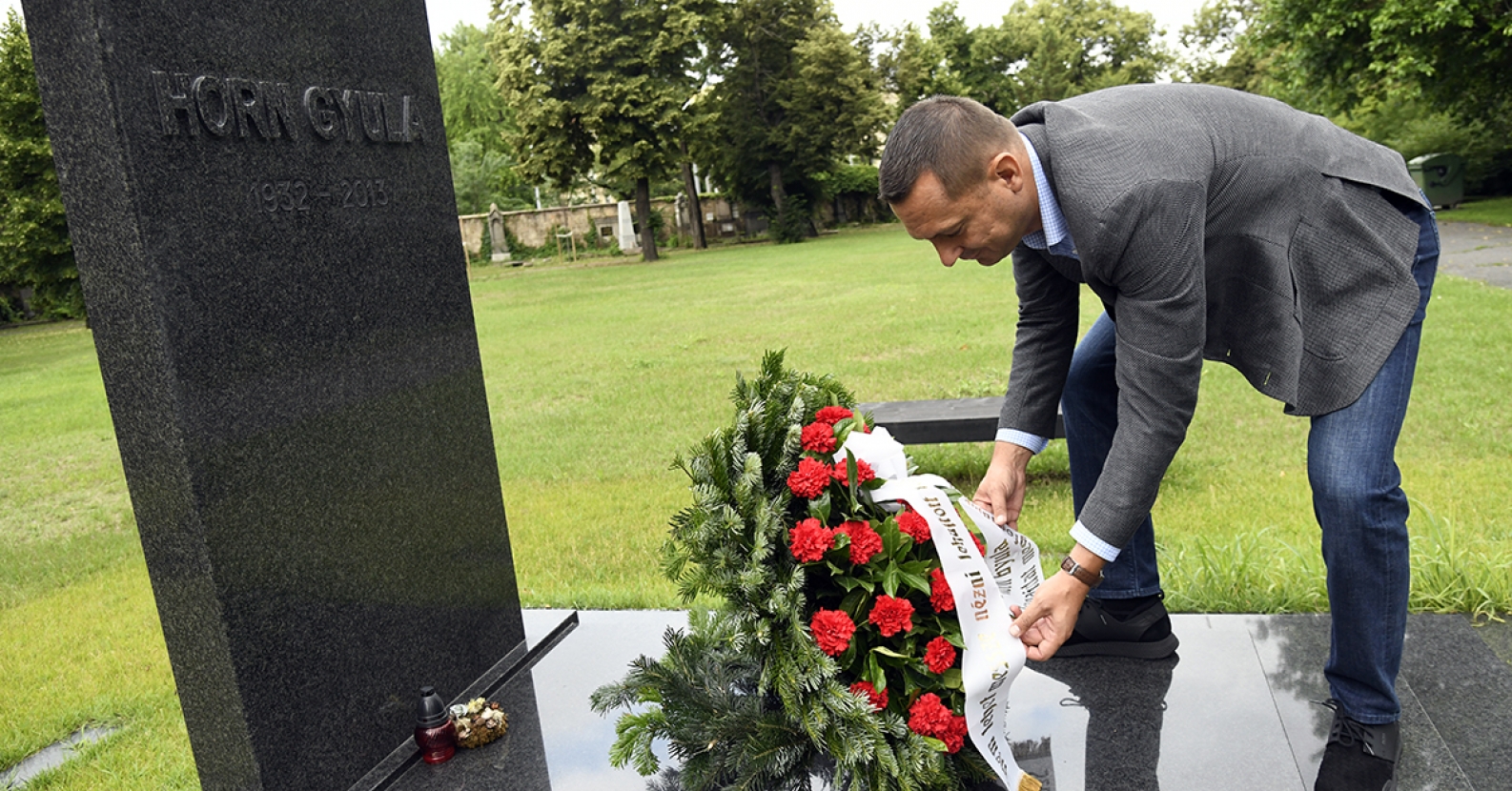 Gyula Horn was a true European calibre statesman, of whom the Hungarian left, MSZP and all well-meaning Hungarians are rightly proud.

Hungary's accession to the European Union is attributed to him, as is the opening of the borders during the change of regime.

Under his leadership, economic bankruptcy was avoided and the country started on the path to prosperity. His government settled Hungary's relations with the neighbouring countries, and thus contributed greatly to the strengthening of the stability of Central and Eastern Europe, and at the same time to the improvement of the situation of Hungarians living outside the borders. He has undoubted merits in initiating and implementing Hungary's European integration.

Gyula Horn was a respected figure throughout Europe and in international politics. His role in the reunification of Europe was greatly appreciated. In Germany, an award was established bearing his name and a street was named after him, thereby acknowledging his merits in creating German unity.

He is the holder of several significant foreign and domestic awards, including the Charlemagne Prize (Aachen 1990). He received the Freedom Award for German reunification in 2005, the Order of Merit Ribbon for the Service of the Republic of Austria (2005), and became honorary citizen of the 13th district of Budapest.