Bertalan Tóth: The Future is Green and Left-wing 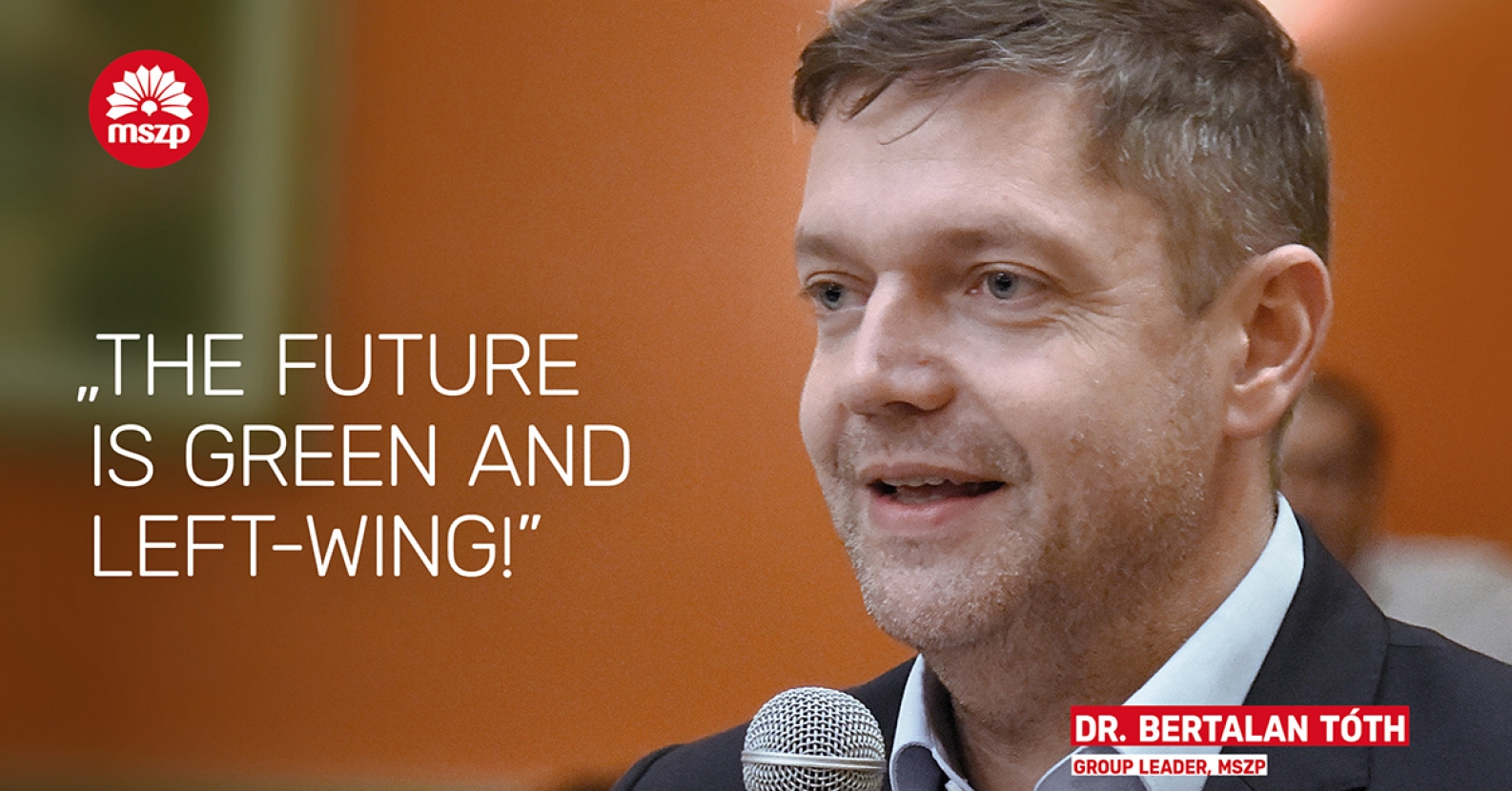 Climate protection shall have stronger emphasis within MSZP’s politics from now on and it will be linked to the Social Democratic core values ​​that we represent consistently because the future is green and left-wing, said BertalanTóth at the Regional Climate Change Conference of the Institute for Social Democracy and the Foundation for European Progress Studies (FEPS) in Kecskemét.

In his opening speech, the president of MSZP said he believed that environmental protection, green thinking and social democracy have been close to each other by nature and historical tradition as the destruction and exploitation of the Earth's natural resources was inherent in capitalism; he said this also meant that environmental protection was in fact also a fight against capitalism and exploitation.

Social democracy combats the exploitation of workers while environmentalism combats the exploitation of natural resources and future generations, so both stand on the side of the losers of capitalism. This way, environmentalism and social democracy are natural allies, the politician said also indicating that the MSZP-Dialogue Alliance would be further strengthened in order to better harmonise professional work and the coordination of local government tasks.

Our civilization will disappear if it shall not change

In his speech, the party president pointed out that, according to historical facts, civilizations that were not in balance with their environment simply disappeared, but because they were isolated, they did not drag others along. Today, however, this is no longer the case; humanity is at stake because of the need to keep up the balance with the environment.

Humanity is, however much we shape our artificial environment, part of nature. "Our activities change the environment, and the environment impacts people, the economy, society, our way of life, our standard of living, and thus how happy and satisfied we feel throughout our lives," he said.

He pointed out, however, that although the increase of the burden on the environment is the result of advances in science and technology, progress must not be halted, but the unjust distribution of resources must be changed.

It must be changed that everything, including waste management, transport and industrial policy, is subordinated to the profit interests of multinational companies, he stressed.

The responsibility of populist politics

In his speech, he sharply criticized populist politics, including the Fidesz government's approach of understating the problem of climate change, which, according to the politician, is the greatest challenge for politicians of our century, and it is not a future issue but a very current one.

He called the idea that there was ​​no climate change, but if there was, it was organized by "liberal-socialist-communist-bicyclist-Soros-agent-migrants" the pinnacle of stupidity. The party president warned that it was not the facts that had to be denied, but the appropriate answers found, and within a tight deadline.

Bertalan Tóth underlined that there was an urgent need to carry out a green turn, because due to climate change a catastrophe was threating our civilization, without exaggeration. Thousands were already dying in Hungary because of air pollution, and if we would not change this, our big cities would become unliveable for our children, he said, adding that the situation today was already going to force increasingly radical solutions upon us, nonetheless, very little has been done by politics for the realization of the seemingly promising climate-agreements.

The end of indifference

The Socialist politician declared that we owed as much to our country and the citizens of Europe that we were to end the indifferent and disinclined politics of looking away, because Hungarians just asthe citizens of Europe expect the European Union to find common solutions to what nation states cannot solve on their own, and that includes eradicating poverty as well as providing clean drinking water and clean air.

Tóth also drew attention to the fact that, in addition to political action, environmental consciousness is also essential today: smog problems can be reversed with proper heating support; support must be given to solutions with lower air pollution, the spread of central heating and the installation of solar collectors; the quality of public transport must be improved to acceptable level and the modernisation of vehicles must be facilitated, too.

This is just the beginning

We may not be able to change everything by tomorrow, but we can do so in our own narrower environment so that our children and grandchildren live in a liveable environment. At the municipal level, we will do much to make our environment liveable and sustainable. In a free city, we can take real steps to reduce energy wasting, use renewable energy and increase green surfaces, said Bertalan Tóth.