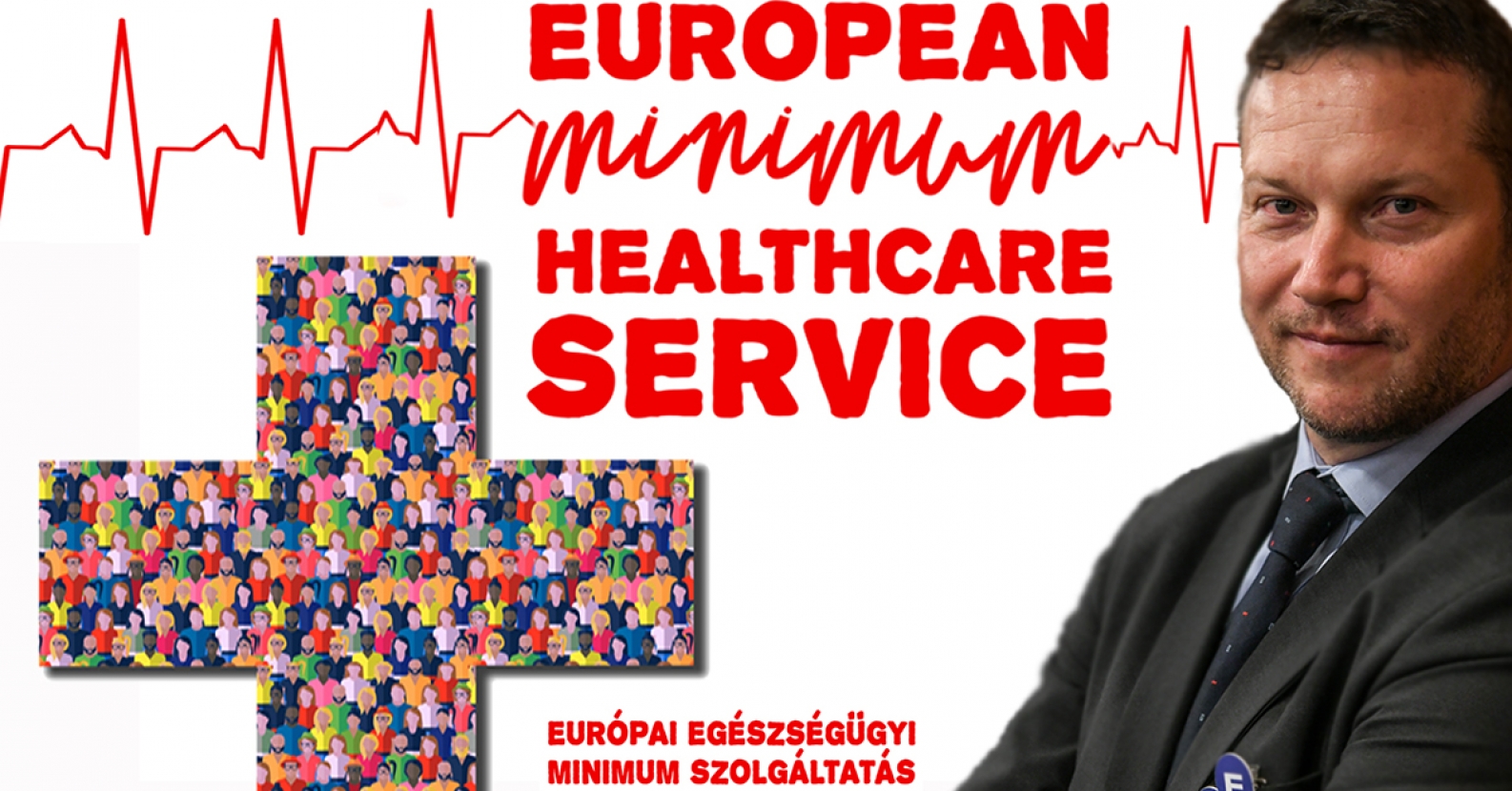 “Everyone has the right to timely access of affordable, preventive and curative healthcare of good quality” as provided by Article 16 of the European Pillar of Social Rights adopted by the Heads of State and Government in November 2017.

It is important to note, however, that the principles of the European Minimum Healthcare Service (EMHS), which I initiated, aims to go even further. I firmly declare that the right to physical and mental health is a fundamental right of every human being. That is why every person in Europe has the right to have access to basic, decent healthcare without discrimination.

However, there is currently a serious imbalance in the health systems and their quality and patient safety in the Member States of the European Union. One reason for this is that the EU virtually delegates the management and financing of healthcare to the Member States, and although there are constant recommendations from the Commission and the Council, the Union based on solidarity does not take effective action to reduce imbalances and fully guaranteeing the right to fair care.

I find it untenable that the health and quality of life of European citizens effectively depends on which Member State of the Union they live in. It is unacceptable that, due to the outflow of health workers, a serious shortage of professionals is jeopardizing care in the Eastern European regions. And it is inconceivable that leaving the organization of healthcare to the Member States, the EU just shrugs its shoulders seeing the devastating healthcare conditions of the individual Member States.

Addressing the disparities resulting from inequalities between health systems is essential. Adequate general healthcare is of primary importance in achieving the goals of sustainable development. These do not only pertain to health and well-being, but can also help to eradicate all forms of poverty, ensure quality education, gender equality and a good labor market and economic growth, reduce inequalities and ensure just and peaceful societies.

It is an important commitment for me, as a Member of the European Parliament and as a member of the relevant committee, to implement in the coming years the European Minimum Healthcare Service, which can guarantee fair healthcare of European citizens in all Member States. Of course, quality differences will continue to exist between countries due to economic opportunities, but in an enlightened and progressive European community, it is unacceptable to have even one member state that does not have toilet paper in hospitals.

It is inconceivable that due to mass emigration there is a lack of professionals in certain regions, or that a cancer patient will much sooner get a diagnosis that will increase his chances of survival is in western Europe than east of Vienna. If social security, human dignity and a healthy life are not just important words for the European Community and its leaders, then there should be no obstacle to setting such a European standard. It is already encouraging that not only major professional organizations, such as the Hungarian Medical Chamber, but also the health ministers of several EU Member States have already indicated their cooperation to me on this issue. I know it will not be an easy job I'm cutting my ax, but as an MEP it is my duty towards Hungarian people and European people.

After the Hungarian PM’s landmark speech in Tusványos in 2014, in which he proclaimed his desire to turn Hungary into an illiberal state, I pledged to draw the public’s attention to the transgressions of this regime in an open letter every week. This is the 251st  time I ring the bells of alarm, as it still seems necessary. And also, because as a radical European Democrat, it is my duty to do so.