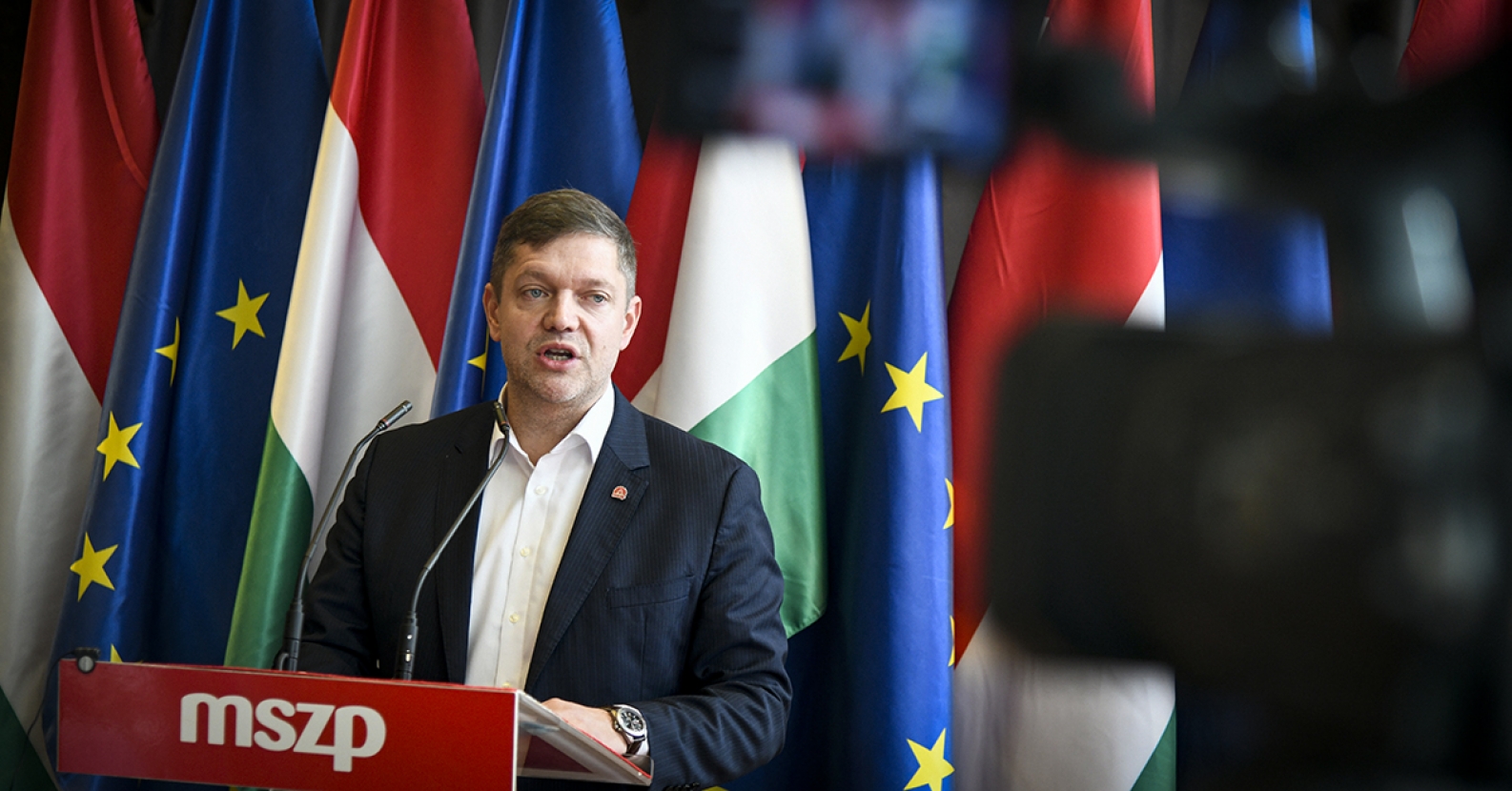 It is essential that the opposition present the voters a vision of a new Hungary: a chance-creating, knowledge-based, new republic, said MSZP President Bertalan Tóth on ATV’s ‘Straightforward Talk” on Tuesday.

“It could be a historic opportunity” to reach an agreement between the opposition forces ranging from the left, to the liberals, all the way through the right-wing community of Jobbik, and present such a program.

"Then the national minimum, which we have already talked a lot about and everyone’s longing for it, could finally be created. We never succeeded in making it happen before," the party president said.

It will also expand the opposition voter base, he added.

Everybody agrees on having a single opposition candidate in each constituency and a common prime ministerial candidate. MSZP proposes to have a joint list, "there might be a debate about this", and a pre-election to select individual candidates.

The health minimum agreement has been signed by leaders of all opposition parties and there is broad cooperation on education, too. Such program elements must be transformed into messages that create a vision for the 2022 elections, he continued.

The question on the opposition side is what anyone can contribute to changing the government, and the starting point is what Fidesz is leading the country towards: they are building a country living in the past with power distribution to friends and family and political favouritism.

MSZP, by contrast, is thinking in terms of a modern, knowledge-based society that gives every social class the opportunity to access services that support everyday life.

“We want to make a real difference in people's everyday lives. (…) We want a society where everyone has a chance,” he confirmed.

The program elements represented by MSZP include the introduction of a rent ceiling or housing price ceiling when creating opportunities for young people, greater leeway for employees to oversee their company, and the strengthening of trade unions. They propose that with larger companies, employees should also get a share from big profits.

Strengthening trade unions is important because the current legislation exposes employees to the employer, which, as the Suzuki plant case exemplifies, may also prevent the formation of a trade union.

The party president was asked about the announcement of MSZP's caucus leader Ágnes Kunhalmi, that she considers her candidacy for co-president. Tóth said: he agrees and would like Kunhalmi to run on the women's quota because he is sure to run on the men's quota.

“We are completely on the same page (…) We would make a good duo. In fact, it is also possible that we will run together as such,” he said.

He announced that the party will hold a congress on 14 March, where they will decide on MSZP's strategy leading up to the change of government in 2022. There they will also discuss the issue of the co-presidency system and shall change the statutes. The debate on this has already begun within the party. They would have a female and a male co-president to convey an important message: within the leadership of the party they also want to voice the demand for equality in society and in the realm of work.

The anchor repeatedly asked about the fact that the government affiliated Nézőpont (Point-of-view) Institute recently measured the support of MSZP at 4%. The party president responded by saying that researchers with whom he worked in the municipal elections are getting higher results, for example, Závecz's research has put the MSZP-Dialogue alliance at 9%, but "there is no huge difference between opposition parties."

He made a harsh remark regarding Nézőpont: "... as it has done so far, it intervenes in opposition politics by giving one higher results than the other, thus providing a basis for different ratings."

To the suggestion that opposition co-operation had been successful so far, but other parties had risen as a result, while MSZP had crumbled, the President replied, “Really? The Hungarian Socialist Party has nearly 400 local government representatives and some 50 mayors. We give the most representatives and mayors of all the opposition parties; so I would argue with the Hungarian Socialist Party being in a bad position.” New members also join; there are some who return from the Democratic Coalition (DK).

He reiterated, "Let's start looking at what program we should give the voters, instead of sizing each other up."