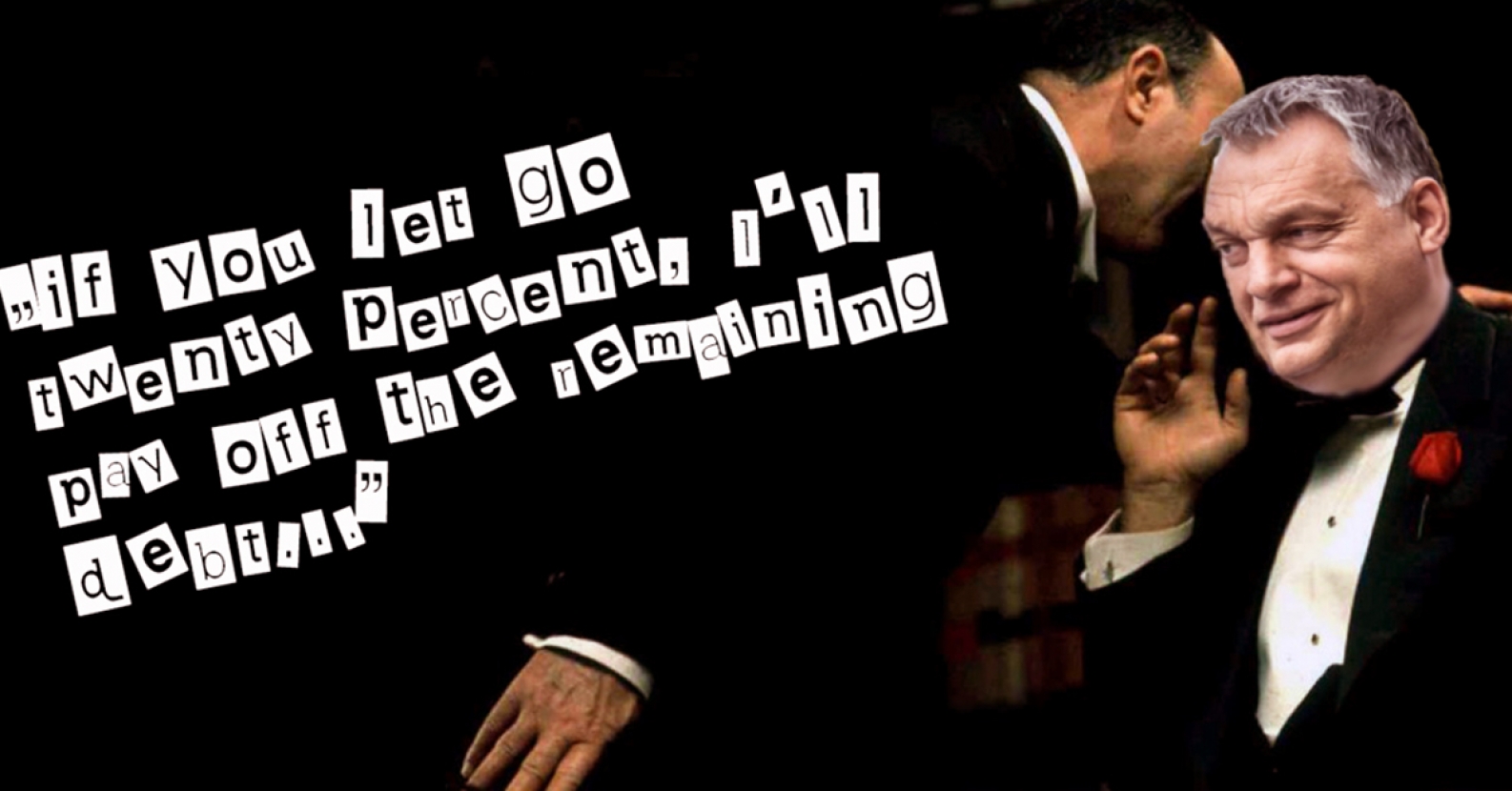 They say, if something quacks like a duck, and waddles like a duck, it’s a duck. Well, if a government interest group steals public money the way a mafia-like gang does, and if it blackmails people the way you see it in mafia movies, then this well-defined circle is easy to describe as mafia.

In all honesty, it really resembles being in some sketchy Hollywood movie, because the style of how the Fidesz government negotiates, for example, the debts of hospitals with suppliers chasing their money, is far from normal. It was revealed that the government had made an offer (typical of Sicilian godfathers) to the companies concerned that if they were willing to waive 20 per cent of their claims, they would immediately receive the remaining 80 per cent.

We know that the negotiations are on-going at the Finance Ministry these days: representatives of companies with over HUF100 million in overdue receivables are being called in for bargaining. It is absurd in itself that the state bargains on an existing debt in a sneaky and threatening manner, but it is downright intolerable that they finish off small Hungarian business by non-payment. Not to mention that it raises EU competition law issues how the government only offers these shady deals to companies "only" above HUF 100 million claims.

The way Fidesz behaves in this regard perfect depicts the state of healthcare in Hungary and its operation by the state. Even though the Orbán government has had all legal and political instruments for ten years (!), it has simply been unable to resolve this spiral situation. Or rather, to be precise, it didn't want to.

It is a fact that Hungary spends much less on health, both in absolute terms and as a percentage of the GDP, than the EU average. In addition, barely more than two-thirds of health expenditure is funded by the state alone, so the level direct out-of-pocket contributions is double the EU average.

It is a fact that Fidesz has centralized the management and organization of healthcare: therefore it is solely the government to blame for the intenable situation, and not some sort of Sorosist-Martian-left-liberal conspiracy.

It is a fact that while the Hungarian healthcare system is chronically underfunded, despite the HUF 70 billion - rightful - debt to suppliers, the government bargains in a mafia style. Let's be clear, just by way of comparison: this HUF 70 billion is less than what the government has spent on false propaganda campaigns so far, and just over the sum of the public money that has landed on the Felcsút Football Academy’s account in recent years from TAO (corporate tax) support.

If the Hungarian government continues to treat healthcare as a tertiary area and does not consider providing adequate funding as a national priority, it will be forced to do so within the framework of the ‘European Minimum Healthcare Service’ I initiated. I firmly claim that every European, including every Hungarian, has the right to quality healthcare that guarantees patient safety and patient dignity.

I therefore call on the government to settle its public debt to hospital suppliers as soon as possible and stop bargaining with the multinational companies and the ruining of hundreds of Hungarian small and medium size businesses. If necessary, for example, the HUF billion in question can safely be deducted from the HUF 90 billion annual public media budget, with the remaining amount well enough to sustain the poor quality and the lie factory of public media. It’s too much even.

After the Hungarian PM’s landmark speech in Tusványos in 2014, in which he proclaimed his desire to turn Hungary into an illiberal state, I pledged to draw the public’s attention to the transgressions of this regime in an open letter every week. This is the 232nd time I ring the bells of alarm, as it still seems necessary. And also, because as a radical European Democrat, it is my duty to do so.