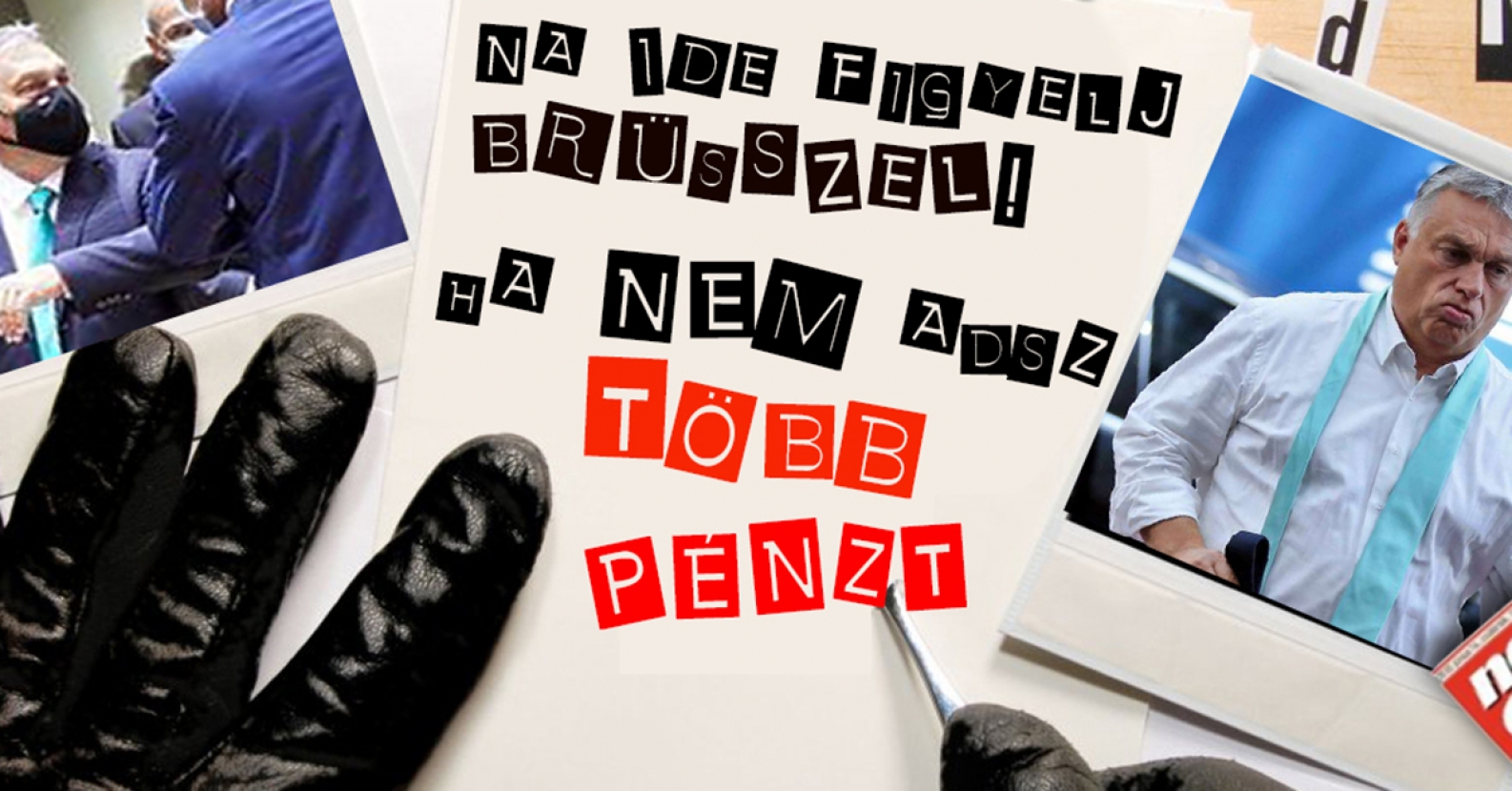 I swear I don't understand the representatives of Fidesz. They are seriously capable of just standing there with a poker face arguing against the rule of law mechanism, behind which they suspect there is hysteria, the anti-Hungarian war of international capital and evil conspiracy.

If they only lie because they’re forced to do so, they will have to deal only with their conscience, but if they actually believe what they say on these occasions, it would make sense to flip up Yellow Pages and look for a specialist. It is with this hectic, impulsive temperament and actions that Fidesz acknowledges that the rule of law in Hungary has indeed been demolished. Only a thief tends to pull the cap into his eyes when he sees a policeman; only a cheating student begins to sweat when the teacher approaches his desk. With a clear conscience there is no reason to worry.

Orbán and Fidesz reject the rule of law criteria because they want to dig the foundations of their autocratic system as deep as possible, continue their systemic corruption and the destruction of the nation, while keeping up that infamously outrageous, appalling arrogance of theirs. However, the European Community finally seems to be fed up with taxpayers' money landing on the off-shore accounts of the oligarchs of Fidesz’s leadership, their inner circles, those around them and their relatives.

In this club, it’s not appropriate to spit sunflower seed shells on the carpet and then complain about the mess. Yet Orbán has been doing it for years without consequences, really. With his hands in his pockets, he acts all cocky in the salon, then sweeps the savoury cakes from the buffet table into a Tesco branded plastic bag, and finally claims to be violated in his national sovereignty when he is asked to kindly return the nicked cutlery. Because he is entitled to having it.

The same thing is happening now, Orbán is trying to blackmail the European community again: from his own personal point of view, with excellent timing and means, but with immeasurable irresponsibility from the perspective of the country and the Hungarian nation, and even the European Union as a whole. Orbán, who last returned home from Brussels celebrating himself as a winner – but then, of course, this too was a hoax –, is now hooking the shepherd's staff of the Hungarian kuruc rebels between the EU spokes.

Diplomatic sources have confirmed that the Hungarian government has indeed threatened with using their two-thirds in the Hungarian National Assembly's vote to fail the recovery package that caused the EU a lot of sweat to create amidst the coronavirus and the surrounding economic crisis should the rule of law mechanism be introduced when resources are paid. Meaning: if they are no longer allowed to steal, no one else should get any funds from the loan that was taken out jointly.

Countries that have fallen to their knees because of the epidemic can do us a favour. 'We are Hungarians, no one tells us what to do, ye-haw!' While earlier Fidesz said they would support joint EU borrowing in the spirit of solidarity with the troubled southern states (let’s admit Hungary will also benefit from that money), it would seem Fidesz solidarity will again only last until their petty interests are served.

Let us be clear: Orbán is a gangster with great routine, pressing the gun to the head of the Union at the right time, and the European negotiating partners do not take Fidesz’s blackmail for a bluff. Orbán’s so called National Cooperation System certainly thinks that if, in the absence of an agreement, the previous year's budget automatically remains, or Brussels lifts some of the constraint in principle, sure, there will be less theft, less money, but that too will have a place in the system of infinite appetite.

Gambling may even pay off, at least for them, but again we need to know and see: what Orbán and Fidesz are doing while hiding behind the Hungarian nation and Hungary will cause immeasurable damage to the country in the long run. For ten years, the head of government has talked about wanting to win more respect for Hungarians, yet for ten years he has done nothing but undermine the esteem, credibility and honour of the entire Hungarian nation with his crimes.

They are capable of driving us all out, or even have us escorted out of the European salon for lousy euro cents. The Italians and the Spanish, who are eagerly awaiting the support of the recovery package, or the stingy Dutch and the Germans preserving their dominance may very well find some bargaining solution to Orbán’s move, but it would be good to finally learn that a determined and assertive statesman is no roadside racketeer. The former is a patriot, the latter is inmate material.

After the Hungarian PM’s landmark speech in Tusványos in 2014, in which he proclaimed his desire to turn Hungary into an illiberal state, I pledged to draw the public’s attention to the transgressions of this regime in an open letter every week. It is the 262nd time I ring the bells of alarm as it still seems necessary. And also, because as a radical European Democrat, it is my duty to do so.