What Happens from Here on Responsibility of Fidesz Government and Orbán 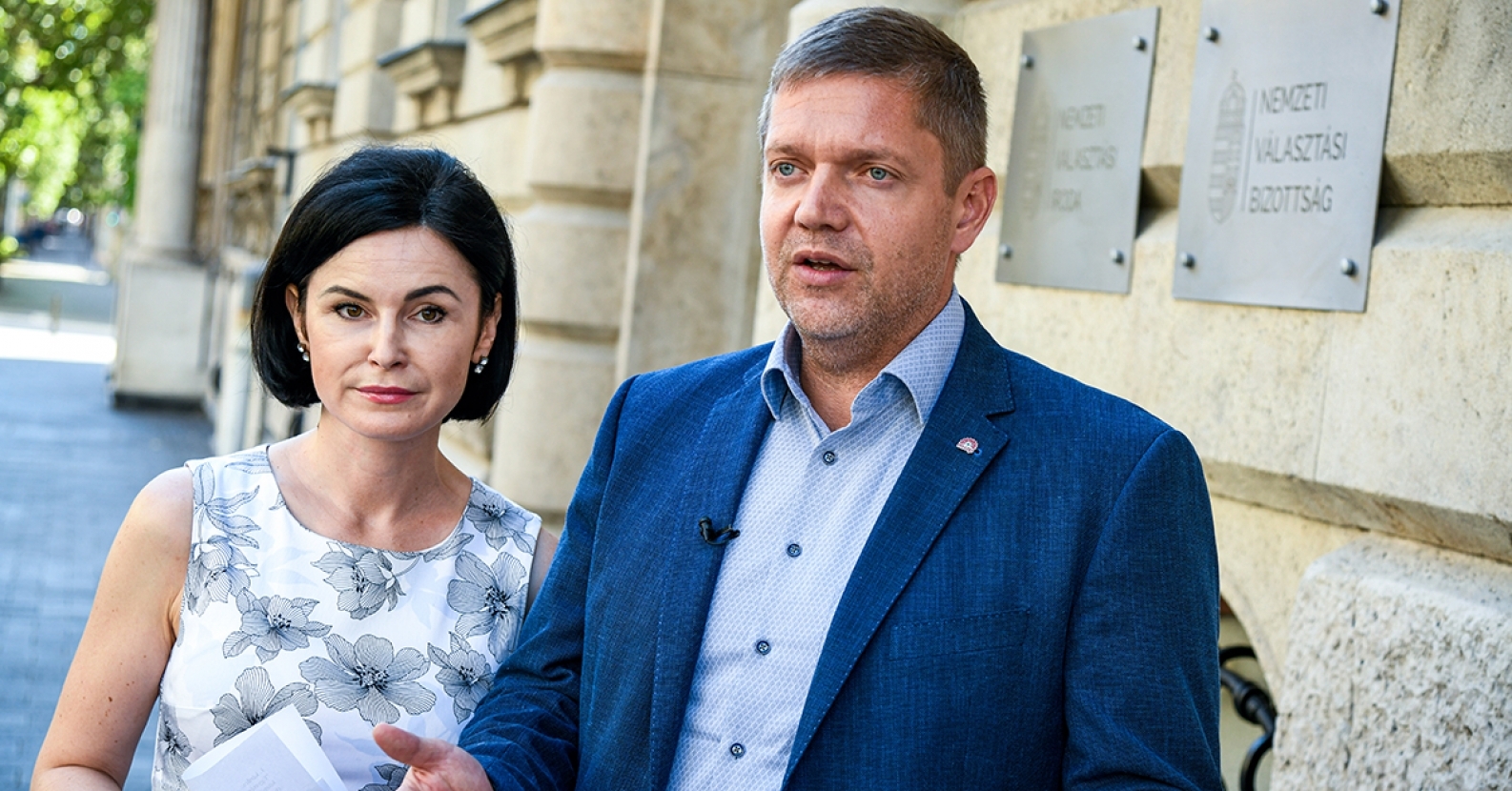 It is not possible to double deal with the coronavirus. The Fidesz government and Viktor Orbán are responsible for everything that happens from here on, said the two co-presidents of MSZP, Bertalan Tóth and Ágnes Kunhalmi, at an online press conference on Facebook on Wednesday.

Yesterday, Tóth called the Prime Minister's announcement on restrictive measures very little, a "balloon" that was "seemingly large but empty on the inside."

“These ineffective substitute actions will not stop the spread of the coronavirus and will not pull people out of trouble. (…) It is not possible to double deal with the coronavirus! The coronavirus cannot be threatened or deceived,” he said.

He continued by stating there would not be fewer fatalities from the introduction of free parking; no curfew from midnight to 5 a.m. will curb the devastating epidemic during the day, and the biggest fines will not improve the situation of the unemployed.

In his view, Orbán should have announced that those who are proven ill with covid receive 100 per cent sick pay so that they do not want to avoid quarantine or do not want to work ill; he should have announced the introduction of new wage supplements and increased amount and time of job search support; how they want to limit mass contacts that help spread the virus; and he should have answered the question: what about the schools that are the focal points of the infection, students, and teachers?

“Serious and difficult times are ahead of us. There will be a health disaster and a livelihood crisis,” he said.
"Please note: the Fidesz government and Viktor Orbán are responsible for everything that happens next," he stated, adding that the government has the authority, the money and the people to deal with the crisis.

“There is still room for action and money should not be a problem. Of course, this requires that the money intended for protection not be spent on stadiums, space exploration, Lőrinc Mészáros and sports academies! Let's finally get started,” he called for action.

As for the restrictions, Ágnes Kunhalmi said, it was nothing but “hot air."

She drew attention to the fact that there was enough money at hand for the wage supplement to be paid to those who lose their jobs or suffer a loss of income. She referred to an earlier statement by the Prime Minister that there would be no upper limit on the amounts that could be spent on protection and economic recovery.

"Well, that’s not what we see," she remarked.

"The shop assistant, the waiter, the chef, the car mechanic, everyone whose customer traffic is declining or losing income because of the restrictions due to the epidemic, should get a substantial wage supplement, with simplified rules," she demanded.

But Orbán did not answer other serious questions either, about whether the government was prepared to switch back to digital education between the two waves of the epidemic if institutions were to be partially closed, and provide teachers and families with adequate resources and devices, laptops, internet and digital textbooks, she said.

The European Union provided Hungary with billions of forints for all this, she emphasized.

She called Fidesz’s accusations of the opposition and among them against MSZP, that they did not help, a lie, "since the government has accepted many of our proposals."

Finally, MSZP expressed their condolences and sympathy with all those who had lost loved ones due to the epidemic. “We sympathize deeply with them,” she said.